Make way for the unexpected 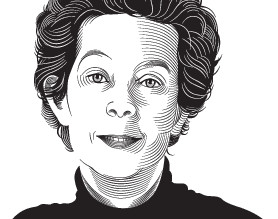 Make way for the unexpected

In the unforeseen kind, the year 2020 will have reached the high level, and we all dream of breathing a little in 2021. Nothing has happened as expected in this year which ends. We have already forgotten but, to take only the case of France, things did not look bad at the beginning of 2020. We were starting to talk about an economic recovery. The employment dynamics were good. Consumption was picking up again, household morale was improving. Then the “grippette” reached Europe and the unforeseen swept away even the memory that we can have of this relative calm.

Who knows what will be done in the coming year? Will the pandemic start to recede? Will the vaccines work? Or will the mutations of the virus give it a new lease of life, and will we have to live with it for a long time to come? The place for the unexpected in our lives is especially great these days, and we don’t like it. Because we have lost the habit, we, people of the XXIe century. Scientific progress of all kinds has allowed us to know ourselves and all of nature, to take care of ourselves, to reduce the number of accidents and epidemics, to eliminate famines, if not wars: in short, they have significantly reduced the unforeseen. We thought that this mastery would increase and believed that we were all-powerful.

We will have to rethink our representation of the future. Instead of imagining what is coming as roughly the same as what is ending, we are forced to break away from this type of lazy anticipation and incorporate the unexpected into our predictions. Nothing more difficult, by definition. Nothing more disturbing than knowing that we don’t know what tomorrow will be.

The good apostles recommend that we accept the uncertainty of tomorrow, and even love it. It’s a lot to ask. The unexpected can be devastating. The coronavirus has already mowed down young lives, broken couples, orphaned, impoverished families. The desire for security is inseparable from our fragility.

How do we relearn to include the unforeseen in our conjectures, in other words to agree to things not going as planned?

Perhaps by starting by reminding ourselves that we are well aware of the unforeseen, and that we are used to making room for it, willy-nilly.

Anyone who looks back on their past sees that the unforeseen has a considerable part in it. “There is nothing more natural than chance or more constant than the unforeseen. Order, in short, is an unnatural enterprise ”, wrote Paul Valéry. And Shakespeare, more radical still: “The unexpected always happens. “

Do not translate: the worst is always certain. It is unbearable to be told, when you are at the bottom of the hole, that an evil always comes out of a good, even if it happens. But it is undeniable that difficulties stimulate creativity. The capacity for metamorphosis, both individual and collective, is a condition for survival and, from this point of view, humanity defends itself. There are kings of adaptation. During the long lockdown last spring, a thriving brewery in my neighborhood was forced to close, like the others. The cellar was full, the owner immediately converted into a wine merchant.

Every month since last March has taught us to expect the unexpected. At the end of 2020, we know that we are more fragile and more threatened than we thought. Perhaps we are stronger because of this very fact, because we have gained flexibility?

We are in the process of mourning illusory hopes, such as a return to the status quo ante. It is a big step. A little more time and we will have lost some of our arrogance. Jorge Luis Borges put us on the path: “What do you want me to tell you about myself?” I don’t know anything about me! I don’t even know the time of my death. “

The scriptures provide many examples of men and women facing the unexpected. The line is clear: when reality unsettles us, we are called to trust. “Nothing is impossible with God”, said the angel of the Annunciation to little Mary, a very figure of absolute confidence, since it is not the unforeseen that happens to her, but the unforeseeable.

Confidence is difficult when you no longer understand, when you are lost. But there is one disposition that is quite common these days that was once classified as a major virtue, hope. The vows we exchange for 2021 almost all come with a ” I hope so ” or a “Hope” which denotes a breakthrough in collective modesty – hopefully.