Mauricette M., the first person vaccinated in France against Covid-19, had she given her consent? 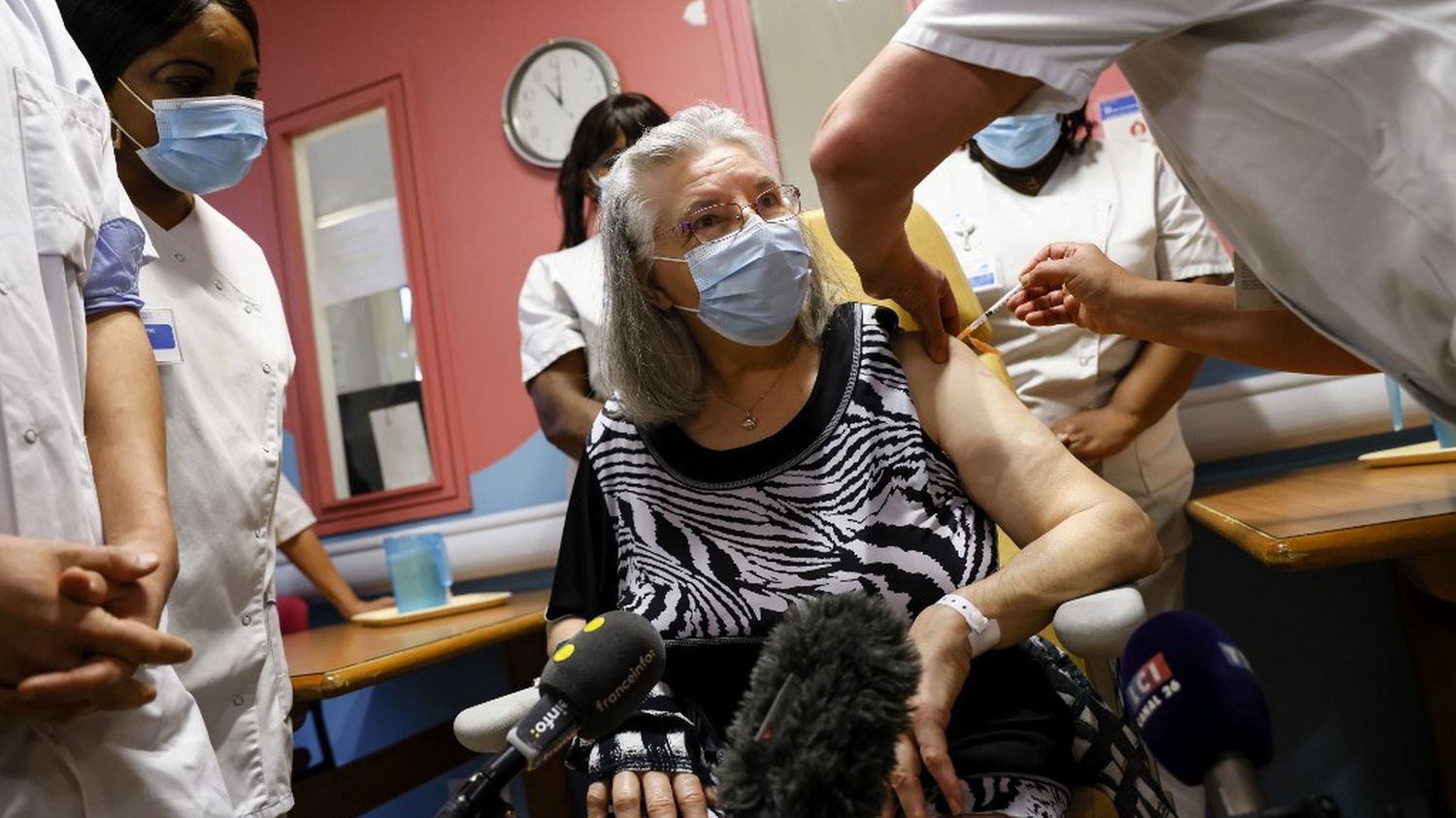 Mauricette M., the first person vaccinated in France against Covid-19, had she given her consent?

A few words that change everything. At 78, Mauricette M. became on Sunday December 27 the first person vaccinated against Covid-19 in France. The vaccination of this resident of the long-term care unit of the René-Muret hospital in Sevran, in Seine-Saint-Denis, was broadcast live on continuous news channels. And a little phrase uttered by the septuagenarian made many viewers wince. As the nurse was about to vaccinate her, Mauricette M. seemed to say: “Ah, do we need a vaccine?”

The video clip was widely shared and commented on on social media. While the delicate question of obtaining consent from dependent elderly people arises, many Internet users have seen it as proof that the first French vaccinated person had in fact not consented to this medical act and was not aware that she was going be vaccinated. The defender of Frexit and former presidential candidate Francois Asselineau denounced in a tweet “an abuse of weakness”. The former member of the national office of the National Rally Jean Messiha felt that “this lady [qui] seems completely lost “ was here “first of a long series of third age guinea pigs”. What really said Mauricette M. ? Did she really give her consent? Franceinfo’s fact-checking unit disentangles the truth from the false.

For health reasons, this first vaccination against Covid-19 in France was immortalized by a “pool” of journalists. This was made up of a team from TF1 for television, a photographer from Agence France-Presse, a reporter from Franceinfo for the radio and a journalist from the written press. It is then up to them to communicate their videos, photos, sounds and texts to the rest of the profession. Mauricette M. thus found herself surrounded by members of the staff of her hospital and of the Assistance publique-Hôpitaux de Paris (AP-HP), as well as a dozen journalists equipped with their microphones, camera lenses and devices. Photo.

While some Internet users believe they have heard Mauricette M. say: “Ah, do we need a vaccine?”, others believe that she said: “Ah, do you have to do with that?” At that moment, her gaze is in fact turned towards the nurse who approached her with the cart on which she placed the equipment necessary for the injection (syringe, compresses, disinfectant, etc.). Mauricette M., who wears a mask on her face and suffers from deafness, does not speak in a clearly audible voice. So difficult to decide, even by listening to the sequence several times. Neither the AP-HP, to which the establishment hosting the patient is attached, nor two journalists present on the spot were also able to confirm to franceinfo the exact content of the words of the septuagenarian.

“There was a lot of excitement around her. It was a lot for this 78-year-old lady. She’s a woman who really couldn’t hear well. In order not to add to it, we were asked not to pose. of questions “, remembers a journalist from the “pool”. “EShe was obviously very impressed “, press ae reporter present on site. The journalist remembers a woman sometimes “confused” in his statements. Mauricette M. is thus mistaken about his age. She says she is 70 years old, but adds that she was born in 1942. She thanks the journalists for coming to see her. However, the journalist from the “pool” did “didn’t have the feeling that she didn’t know what was going to happen”.

For its part, the AP-HP explains that the René-Muret hospital in Sevran followed to the letter the opinion of the Haute Autorité de santé relating to the national vaccination strategy. Initially, the establishment’s medical team studied themedical records of residents “having the capacity to express their will, to decide and to give their consent”. She inquired about the “presence or absence of a trusted person”, the existence of a possible “legal protection measure” and D’“Covid history or not”. Then a “Intentions were collected from patients able to express their wishes”. Doctors contacted families, if necessary, “respecting the wishes of patients “.

The case of Mauricette M. is no exception to the rule, assures the AP-HP. There have been “an initial record of his vaccination intention”. Then “a pre-vaccination consultation” allowed to “check the absence of contraindication”, but also “to provide fair, clear and appropriate information, to obtain consent”. “On this occasion, insists the AP-HP, Mauricette M. reminded the medical team that follows her on a daily basis of her decision and her desire to be vaccinated “. The AP-HP specifies that “all of this [est] traced in the medical file “ of the patient. However, this remains confidential.

This version of events is corroborated by the statements of Samir Tine, head of the service hosting Mauricette M., on Sunday. “We obtained the consent of this woman well in advance”, said the doctor, taken up by The voice of the North. “It is our daily job to ask our patients for their consent, since they can refuse any treatment at any time.” A few minutes before vaccinating Mauricette M., the nurse did not say anything else to the journalists, who questioned her while she was preparing her equipment. “The consent has been given. The prescription is made. I checked this morning. Everything is OK.”