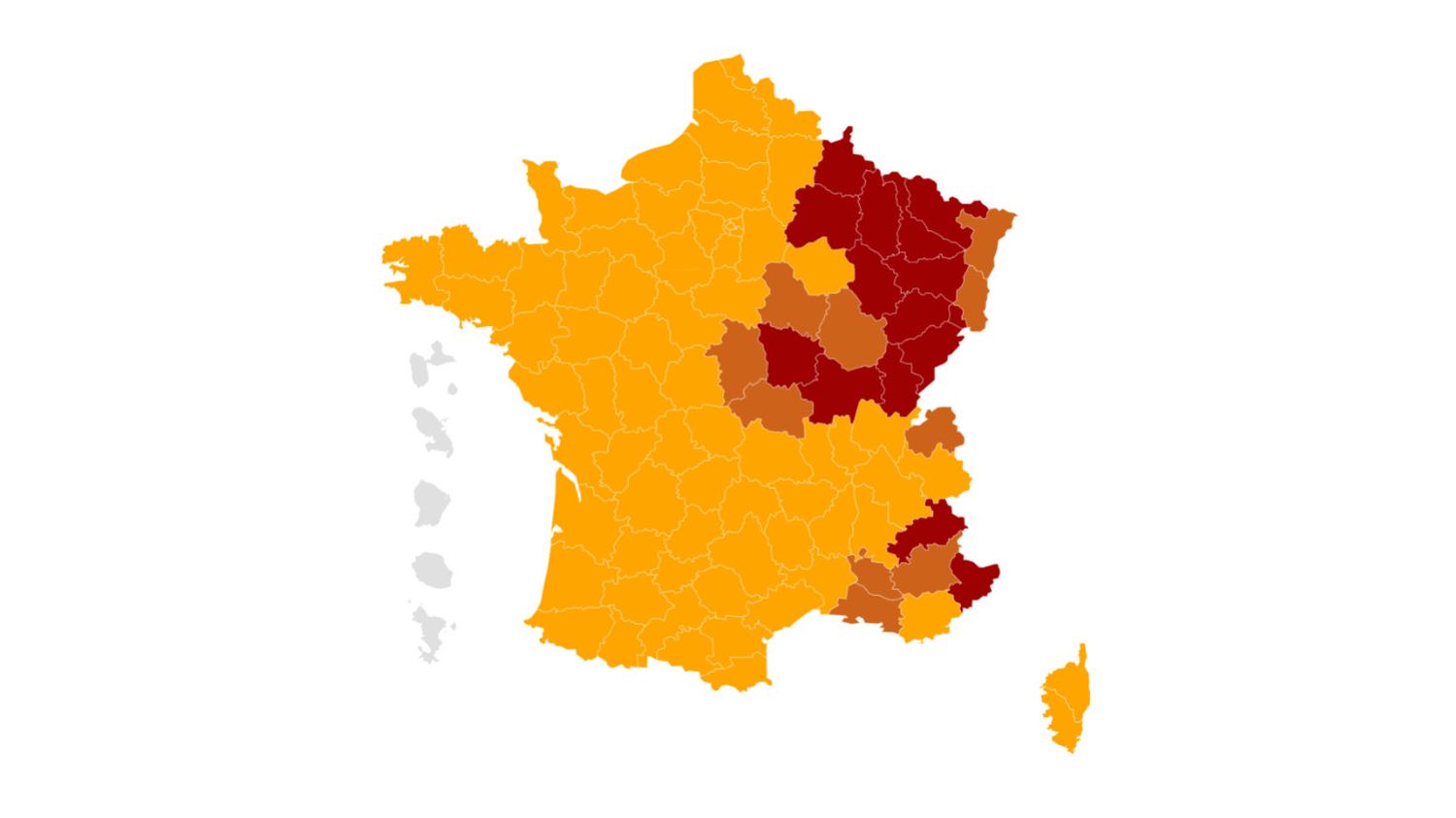 A map of France unchanged… for now. At a new press conference on the fight against the Covid-19 epidemic, Thursday January 7, Jean Castex announced that the 15 departments subject to a curfew at 6 p.m. since January 2 remained so for “at least fifteen days”, or until January 22 minimum. This list could grow from Sunday to ten departments, whose names will be confirmed Friday.

>> Follow the latest information on the Covid-19 epidemic in our live.

The departments likely to be concerned by this curfew advanced to 6 p.m. are, according to Matignon, Haut-Rhin, Bas-Rhin, Côte-d’Or, Yonne, Cher, Allier, Haute-Savoie, Alpes-de-Haute-Provence, Vaucluse and Bouches-du-Rhône. “The prefects will very quickly conduct the necessary consultations with the elected officials of these territories to properly analyze the situation and depending on their feedback, decisions will be taken by tomorrow evening to come into force from Sunday”, said the Prime Minister.

So far, the 15 departments affected by the advanced curfew are Hautes-Alpes, Alpes-Maritimes, Ardennes, Doubs, Jura, Marne, Haute-Marne, Meurthe-et-Moselle, the Meuse, the Moselle, the Nièvre, the Haute-Saône, the Saône-et-Loire, the Vosges and the Territoire de Belfort.

All other departments in mainland France remain subject to a curfew at 8 p.m., as has been the case since December 15. A measure extended at least until January 20, announced the Prime Minister.

To determine the departments likely to switch to advanced curfew at 6 p.m., the health authorities rely on several criteria. The first is an incidence rate in the general population (that is to say the number of cases of Covid-19 per 100,000 inhabitants over 7 days) greater than 200. Other criteria are also taken into account, such as the incidence rate in people over 65, or the occupancy rate of intensive care beds in the territory concerned.