Take a truck chassis, equip it with a 6.6 liter, 445 horsepower turbo diesel V8 engine. Build around a body 20 centimeters thick (13 cm for the windows), solid like that of a tank, able to withstand automatic weapon fire and chemical and biological attacks. Mount the machine on the scale, add a projection system of smoke screen and tear gas in case of attack and interior fittings until it weighs 9 tons. Or write a check for $ 16 million. You will then have the same car in duplicate according to Challenges, as the President of the United States Donald Trump.

This is not necessarily your fantasy. But no doubt, somewhere on the planet, a baroque head of state or a cranky billionaire dreams of owning the same Cadillac.

For many years, the luxury brand of General Motors has been the supplier of official cars to the presidents of the United States. These vehicles look like stretched limousine versions – itself being the longest class of cars in existence – but, as we have seen, under the hood and under the body, one is closer to the combat vehicle than to the the ceremonial car.

Donald Trump getting out of the official car of the United States presidency, during the NATO summit in July 2018 in Brussels

That of Donald Trump was delivered to him in 2018, ie … two years after his election. Imagine his head when he knew he should be driving in the official car of his predecessor Barack Obama, a black, democratic and cultured president! Not even a former daddy’s boy!

For the fiery Republican, this little humiliation lasted two long years. At the White House, we do not change official car every four mornings. 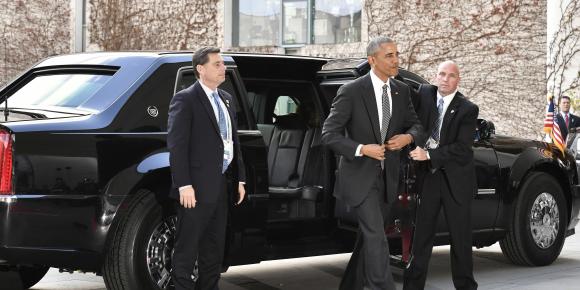 Barack Obama getting out of his limousine, in November 2016 in Berlin.

In 2009, Obama received his, already dubbed ” the Beast “(” The Beast “) or Cadillac One – by analogy with Force one, the presidential plane -, one year after his election. It was already an extraordinary vehicle equipped with the most sophisticated anti-aggression equipment.

Kennedy in a Lincoln

Four presidents of the United States were injured in attempted murders and four were assassinated. On November 22, 1963 in Dallas, Texas, John Fitzgerald Kennedy, 46, was sitting in the back of a Ford Lincoln Continental X-100 convertible when a certain Lee Harvey Oswald shot him. Half a century later, the tragic death of the 35e President of the United States remains a trauma for this country, even if the weapons are still circulating there like hot cakes. 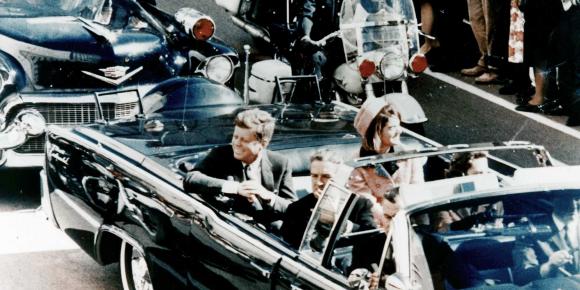 John F Kennedy in the presidential limousine before his assassination on November 22, 1963, in Dallas. His wife Jacqueline is by his side, Texas Governor John Connally and his wife Nellie are seated in front.

Finally, the cult of the vigilante from the time of the pioneers remains anchored in the Yankee psyche, despite repeated tragedies. But since the assassination of JFK, the security services are on edge every time the president moves. So, there is no longer any question of letting them roll in the open! Each new official car is thus reinforced, even more armored and equipped to run in the worst conditions than the previous one.

GM gives no information on the specifics of “the Beast”. We just know that if Trump is injured, pockets of blood from his blood type and oxygen reserves are available on board.

The Beast is part of a convoy of… 45 vehicles, in which its exact replica is still located. Apart from the Secret Service, no one knows which of the two Cadillacs the president is in. Finally, when the caravan passes, the streets it crosses are closed to traffic. The whole circulates all screaming sirens.

It is an understatement to say that the convoy does not go unnoticed. This is not necessarily a fault. Because the security of the president is undoubtedly not the only stake of this motorized deployment. There is a little “I have the bigger” side to the two enormous Cadillacs and the armada that frame them, a display of chrome power that some Americans love and that impresses others and the rest of the world. For a long time, American manufacturers have not been the first in the world. But with ” the Beast “, America is still Number one.

READ ALSO: the Bentley of the Queen of England