Spring 1967, with a smirk, Jacques Dutronc sings that he loves girls “from Renault” and “from Citroën” … That’s good, a few months later, the chevron brand launches the Dyane, a new model for replace the aging 2 CV and compete with the Renault 4 (the 4L), which has been a hit since 1962.

So, on the occasion of the Paris auto show, in the fall of 67, next to a 4L, Paris-Match had Dutronc and three dapper girls pose in a Dyane. It’s very pop, totally 60s.

Jacques Dutronc and girls (he loves) in a Dyane

But, nothing to do, it does not work. From the start to the end of its marketing, in 1983, the Dyane remained the unloved of French cars. Oh, we can’t speak of failure, it even sold nearly 1.5 million copies. But it is still a default choice. The French who do not want a 2 CV (too rustic), nor a 4L (too popular) fall back on the Dyane. It’s the ungrateful sister of the darling, the charmless body that we choose for reason, for the size of the tailgate.

The tailgate, very practical, is not its only asset. From its launch, the Dyane has doors in the right direction and sliding windows. Those who have never tested the so-called “suicide” doors of the first 2 CVs (which opened upside down) and the half-windows which fall on your elbow, cannot understand.

Designed to be produced on the lines of the 2 CV, the Dyane looks like it furiously … but ugly. To make it modern, its designers have unfortunately simplified the line, but they have improved comfort and equipped it with a more powerful engine. Oddly, with only two windows on each side, it has one less than the 2 CV (an oversight corrected in 1969). 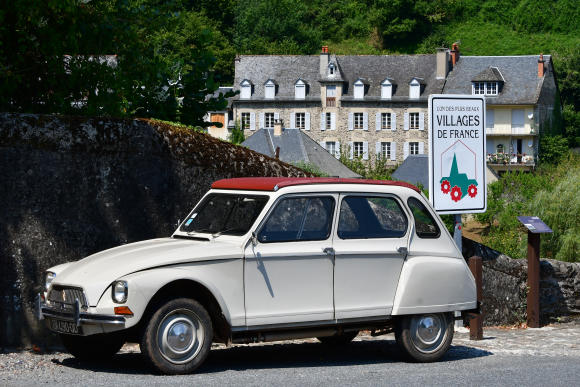 La Dyane, an ugly car in front of a beautiful village

The ugliness of the Dyane does not even create controversy. Nothing to do with, for example, the launch of the Ami 6 in 1961, whose inverted rear window was both ugly and anti-aerodynamic. The price of the Dyane, higher than that of the 2 CV and even the 4L, still puts off customers. So sales of Deudeuche start to rise again. Programmed to bury her, she brings the old woman back to life! A unique case in the history of the automobile.

Pensions: after a record mobilization on Tuesday, the unions are accelerating the movement