Stupor and giggles. From its launch in 1999, the Fiat Multipla took full advantage. “Is it a car? »,« But how did we get there! “,” Has the designer been drinking? “,” It is an ecological car, it makes you want to remain a pedestrian “… The mocking arrows focus on its central bead, between the hood and the windshield:” Multipla or Multi-ply? “.

Voted “Worst car of the year” by Top Gear, the cult BBC show, the Italian manufacturer’s minivan is, without a shadow of a doubt, one of the ugliest of the late twentieth century. It is even said that Fiat advised its salespeople not to turn customers around! Better, quickly, to get them on board. In the car, Simone!

The Fiat Multipla minivan and its inspiration model?

Because inside, it was another refrain, almost a love song that you could hear: that of large families, happy to be able to settle down without crowding together or ruining themselves. Provided you were not put off by its ungrateful physique, the Multipla perfectly fulfilled its mission: to comfortably seat six people in an inexpensive car less than 4 meters long. To understand the equation, you have to rewind the VCR to the 1980s.

Renault launched the Espace in 1984. This 7-seater (including 5 modular) 4.25 m long minivan revolutionized the embryonic market for this type of car in Europe. This is one of the big differences with the United States. There, vans and other large vehicles perfect for picnics (with rolling barbecues and XXL glaciers) are part of popular culture.

In the collective imagination, these huge cars are the descendants of the pioneer wagons. In Europe, on the other hand, it was not until the arrival of this minivan designed by Matra, so that the wealthy general public – with its blended families and sporting leisure activities (windsurfing and mountain biking, the musts of the time) – adopted. 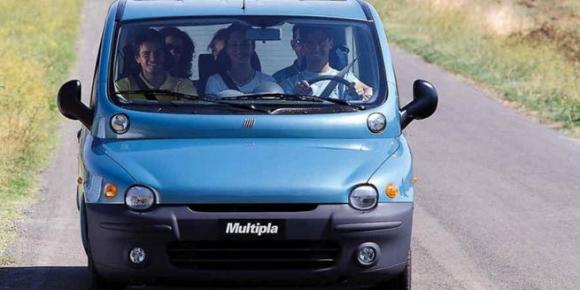 Six in a Multipla

In 1996, for families more modest in terms of passenger numbers or budget, Renault launched the Mégane Scénic, a compact 5-seater, 4.30 m long MPV. Other cars of this type already exist, but the Scénic is the first to seduce the public.

The compact minivan: a symbol of the 90’s

So, the other manufacturers in turn set off on the wave. Compact people carriers thus became for the 1990s what SUVs would be in the 2010s: fashionable family cars.

Fiat, which knows a lot about popular vehicles, also wants to take advantage of the vein. In 1956, it had already launched a minibus, the Fiat 600 Multipla, which accommodated 6 passengers, on two benches. A feat ! Today, this little gem is a delight for collectors and aesthetic campers, just like the VW Combi, its German cousin launched in 1950. 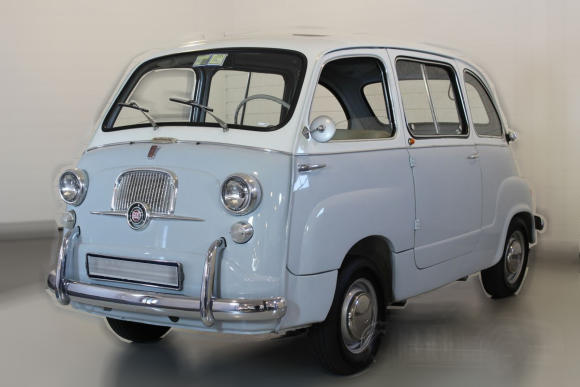 Thirty years later, Fiat presented a concept car on the same configuration: three (independent) seats in front in two rows. It adds a large trunk, installs the engine in the front and all the technology of a modern car.

To fit everything into less than 4 meters, you have to go with a shoehorn. The designers thus opt for vertical windows which save space. Another clever idea: the gear lever is at the height of the steering wheel, thus making it possible to install a central seat in the front. In 1999, the concept car was marketed almost as is. The aesthetic codes abused, the slapping machine is launched …

“Vanity of vanities, all is vanity” writes Ecclesiastes. Happy Multipla drivers could take over the sentence. They don’t care if they don’t have a nice car. But they praise its usefulness, its stability (thanks to its almost square shape) and the reliability of its engine. They also like its face and its unusual bulges. “My car is a blood sausage, but I love it! », This is the credo of the defenders of the Multipla.

In 2004, however Fiat chose to embellish it. The central bead is sucked in and the body is lengthened by 10 cm. But the new Multipla does not appeal. It will sell weakly until 2010.

Today if it has fallen into oblivion, its ugly elder has become a cult. Oh of course, we still don’t care, we even organize Multipla tunings with acrylic flywheel. Last September, the pranksters of Mécanique Générale Motor Club (MGMC) even organized a gathering of customized Multipla. Our favorite: Fast & Furious red. For the vain.

Five questions to ask yourself before choosing your company vehicles

50 years ago in “l’Obs”: the “green” Auto Show, “pornographic engineering” for Ralph Nader

Budget: the difficult negotiations of the presidential majority with LR

Pension reform: the 1961 generation will be the first concerned, announces Elisabeth Borne