All for all. In the early 1970s, American Motor Company (AMC) was in bad shape. The manufacturer then decides to strike a blow, with a car like no other. It will be the Pacer (the “leader”), launched in 1975, a compact almost as wide as it is long (” the wide small car “, Or” the small large car, “says the advertisement), the upper half of which is almost entirely glazed.

It doesn’t look like a car, everyone agrees. For the rest, everyone has their own inspiration: aquarium, degenerate frog (we are not yet talking about GMOs), slow cooker for stews, flying saucer … At the time, science fiction was no longer in fashion. The film “Encounter of the Third Kind” which will relaunch the genre, will be released only three years later. So, a car that looks like a Martian machine … It’s a bit as if today, in full confinement, a manufacturer launched a model that looks like an apartment.

A three quarter back AMC Pacer

But the first oil shock, in 1973, chilled Americans. They start to look askance at their big cars. And if they laugh at the Pacer, they notice that this little car consumes much less than the others. Initially, however, the Pacer was to be equipped with a Wankel engine (rotary pistons) lighter and less bulky than a conventional engine (linear pistons), but much more greedy.

The shock of 73 arrives, AMC abandons the Wankel and opts for a classic six-cylinder in-line engine. Problem: it does not fit under the hood. Illico, the designers enlarge it and thus underline the line of the car. Another invention: the door on the passenger side is wider than the one on the driver’s side, to facilitate entry into the rear. Not stupid ! 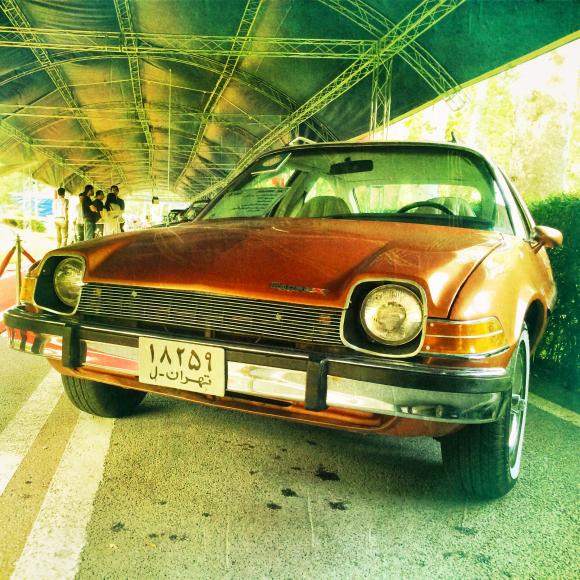 And then, with its legs spread apart which, like a sumo, gives it great stability, the Pacer does well under the new legislation on vehicle safety.

Finally, its large windows offer drivers visibility with almost no blind spots. But, this was not expected, this advantage turns into a big drawback, as soon as the weather is nice. Under the sun, behind the windows, it is so hot there. Sauna effect guaranteed. Personally, in California, we have known an owner of a hot tub (whirlpool) in his garden and a Pacer in his garage. This would explain it.

However, the Pacer and its UFO look do not only arouse mockery. She also has her fans. In these “Flower Power” times, the VW Beetle is in the United States the favorite car of (real and false) hippies and of all those who do not want a “manly” car or a large caliber for. knock out the road. They then get carried away for the jovial curves of the Pacer.

In the end, its launch is a real success. She even crossed the Atlantic to seduce a few adventurous French people, including Coluche in “L’aile ou la cuisse” in 1976.

But, probably the fault of its air too revolutionary for the general public, sales faltered in 1977. AMC then launched the station wagon version of the vehicle. Nothing helps… The manufacturer of the Pacer is on the verge of bankruptcy. Extinction of the batrachian in 1980.

PS: Another car was already called Pacer (see 1st episode of this series), the Edsel Pacer, launched by Ford in 1958, one of the worst failures in automotive history. To date, no manufacturer has planned a third attempt.

READ ALSO : Mythical but ugly cars (2/5): Dyane, the ungrateful sister of the 2 CV

After a fall of almost 10% last year, unemployment is back to its level at the end of 2011