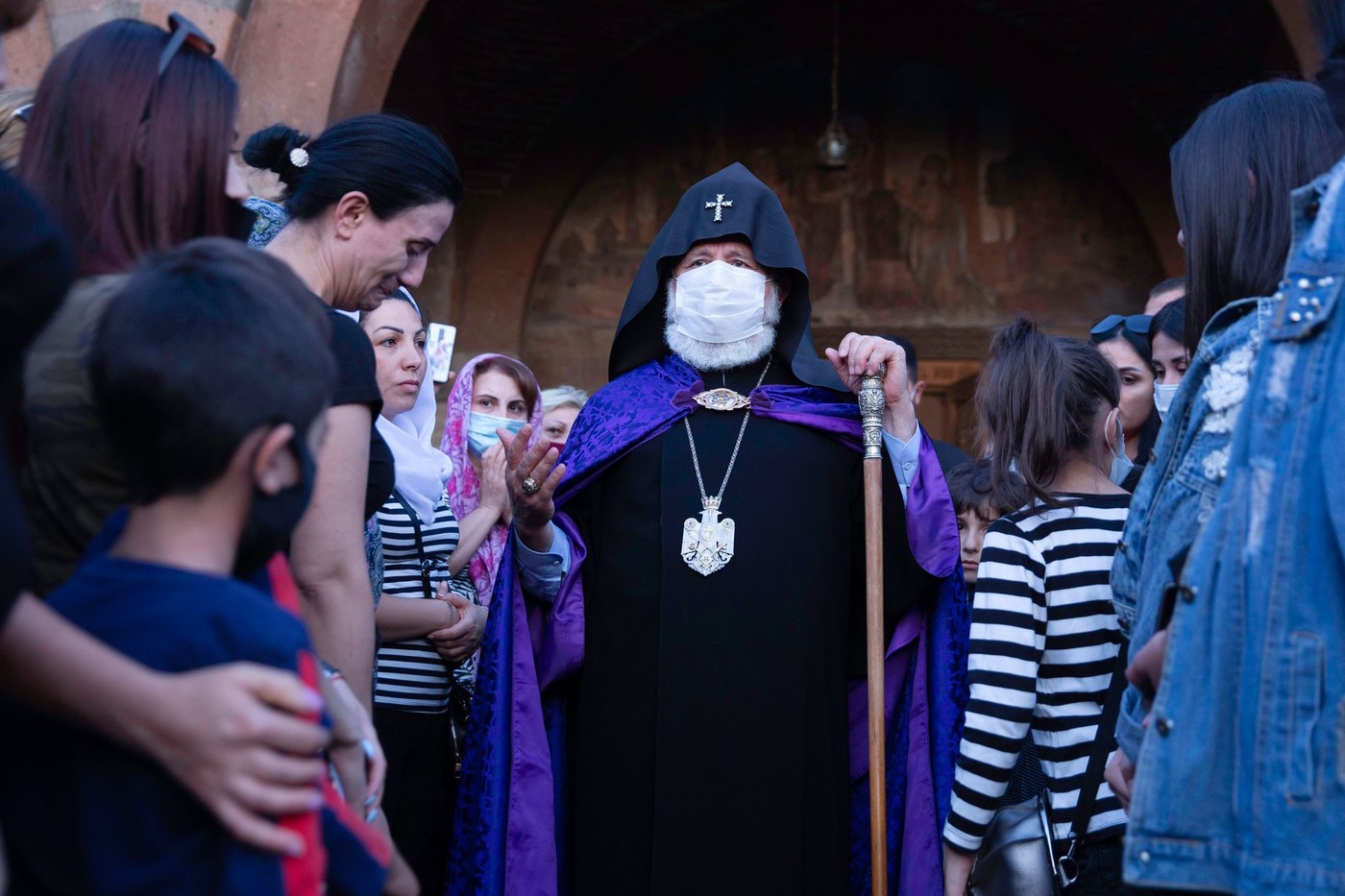 “Blindly bombard civilians, churches, historical monuments of a people despite all international laws, what is this if not genocide? “, says Patriarch of the Armenian Apostolic Church, Karekin II, in an interview, published Monday, October 19 by the Italian daily La Repubblica, about the conflict which resumed since September 27 between Armenia and Azerbaijan in the disputed region of Nagorno-Karabakh.

“ Azeris are ready to expel all Armenians from Nagorno-Karabakh and erase all historical traces », Says the Supreme Patriarch of Apostolic Armenians. ” Behind this operation, which recalls the genocide of our people by the Ottoman Empire, there is once again the hand of Ankara », He continues from Etchmiadzine, the seat of the Armenian Apostolic Church, near Yerevan. According to the Catholicos, “It is only by recognizing the self-proclaimed independence of the disputed territory that a possible new holocaust can be avoided.”

This allusion by Karékin II to the genocide of 1915, during which 1.5 million Armenians were killed by Ottoman Turkey, does not surprise the historian Philippe Sukiasyan, deacon of the Armenian Apostolic Church in Paris. ” All Armenians, including in the diaspora, feel that Turkey, by supporting Azerbaijan, has gone to war to exterminate the Armenian state », He explains. He recalls that President Erdogan has repeatedly used the expression “ Complete the work undertaken by our ancestors “.

“When the Armenian lock has been blown”

“Once the Armenian lock has been blown, nothing will oppose pan-Turkism”, continues Philippe Sukiasyan, stressing that Armenia remains the main geographical obstacle to Recep Tayyip Erdogan’s project to unify all Turkish-speaking peoples “ from the Bosphorus to the Great Wall of China “.

In this interview to La Repubblica, Karekin II also specifies that the Armenian Apostolic Church has “Set aside half a million dollars” (€ 422,000) to help Armenians in Nagorno-Karabakh, and “Called on all Armenian dioceses around the world to start fundraising.” He also asked them to organize a time of prayer “Every day at noon in all the churches to ask for the victory of Armenia and for peace”.

A few days earlier, Friday, October 16, while the Catholicos participated in an extraordinary meeting of the National Security Council chaired by the Armenian Prime Minister, the bishop of the diocese of Tavush (in north-eastern Armenia), Mgr Bagrat Galstanyan , left for the front, “With the blessing of His Holiness the Catholicos”. “I am going on the front line with my brothers in the faith, with our soldiers and their officers for a very special mission”, he told the Armenian daily Aravot.

” Through their feelings and mobilization, our people have their eyes riveted on the Artsakh front line (another name for the Nagorno-Karabakh republic) where is our right to exist as a nation decided “, Estimated Mgr Galstanyan, calling” every Armenian who declares himself heir to our identity, our values ​​and our history “To commit” in this sacred struggle which is ours today “.

Here again, such remarks from a bishop do not surprise Philippe Sukiasyan: “ The arms of this bishop are primarily spiritual but, in case of necessity, perhaps he could fight. On the other hand, the Armenian deacon says he is “shocked” by the lack of echoes that the Nagorno-Karabakh conflict finds in the West. ” Why is NATO not taking more action against Turkey? We are facing a new Munich: if we give in, we will not have peace but war. “