Nantes remains in Ligue 1 despite losing to Toulouse, who remain in Ligue 2 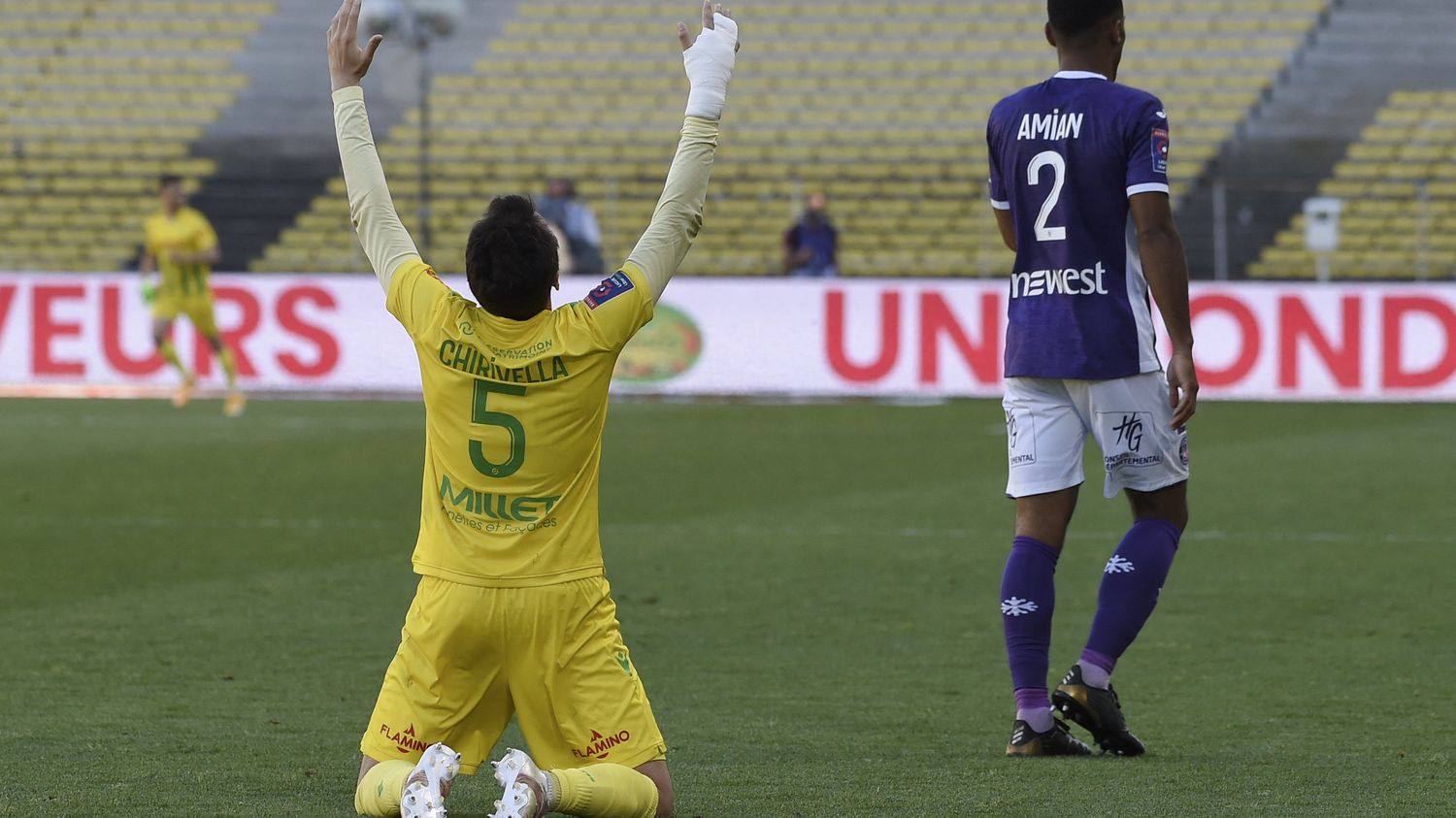 Nantes remains in Ligue 1 despite losing to Toulouse, who remain in Ligue 2

Three days after winning at the Toulouse Stadium in the first leg of the play-off between Ligue 1 and Ligue 2 (2-1), FC Nantes knew that keeping in the top flight was not far away. The Canaries have in any case provided the essential, Sunday, May 30, at the Beaujoire stadium, despite the defeat against TFC (0-1). The first leg victory, and the away goal rule allow Nantes to secure a presence in Ligue 1 next season. For its part, Toulouse will have a second consecutive season in the second division and does not accompany Troyes and Clermont in L1.

On paper, Nantes therefore had every chance of avoiding relegation. Since the establishment of the play-offs between Ligue 1 and Ligue 2 during the 2016-2017 season, only a second division team has managed to beat its elite opponent in a round-trip confrontation. It was Troyes against Lorient during the first edition of this jump-off in 2017. So, the Canaries arrived serene at Beaujoire this Sunday, carried by a good dynamic, with five victories in their last six matches.

The presence and support of Nantes supporters, who temporarily put aside their bitterness towards the management of the club, at the time of the Nantes’ departure by coach, must also have made them feel better as they approached. This meeting. However, Antoine Kombouaré’s players had the greatest difficulty entering the match, undergoing the onslaught of Toulousains determined to reverse the score in the first leg. Bafodé Diakité (5th) then Rhys Healey (13th) sent a thrill through the Nantes area, without direct consequences.

The Canaries were then scared for a good half hour, after the opening of the score of Vakoun Bayou for Toulouse, on a nice assist from Amine Adli (62nd). Randal Kolo Mauni could have relieved the Nantes people but his shot found the gloves of Maxime Dupé (76th), already author of a good stop on Ludovis Blas in the first period (39th).

Despite great pressure on Nantes’ cages, Patrice Garande’s Toulouse did not find the opening a second time, while a second goal would have allowed them to create the feat and find the elite one year after their relegation. Worse, the residents of Ligue 2 ended the meeting ten against eleven after the exclusion of Nathan N’Goumou for a high foot on Jean-Charles Castelletto (87th).

By beating Toulouse on this round-trip confrontation (2-1, 0-1), FC Nantes is guaranteed to spend a ninth consecutive season in Ligue 1. This maintenance and this place in the elite go, the space of just a moment, bring together a whole deeply divided club. Because the Nantes supporters have been asking for many years the departure of Waldemar Kita, president of the club since 2007. This Sunday, the important thing is elsewhere: Nantes is in Ligue 1, and can blow a big blow. But the new season is likely to come very quickly in the eyes of some.