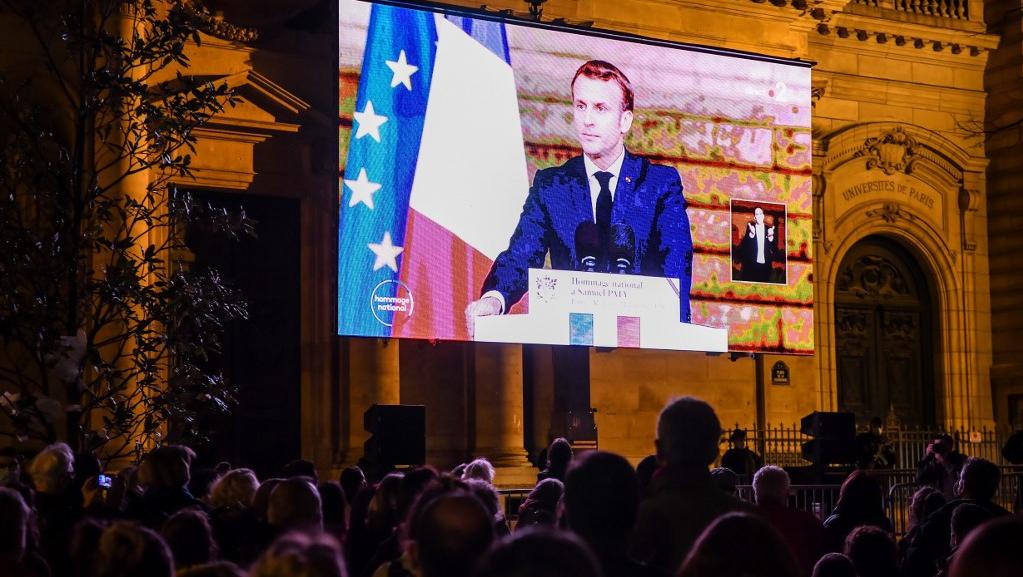 More than 500 people gathered on Wednesday October 21 at Place de la Sorbonne in Paris to pay tribute to Samuel Paty, murdered Friday October 16 for showing caricatures to his students. “An extremely diverse audience. We have seen families come with their children. There were also teachers. ‘We’ve only been thinking about this since last Friday,’ one of them told me. There were two extremely strong moments that stood out from the solemnity of the interior of the Sorbonne courtyard.“, explains Guillaume Daret live from the main courtyard of the Sorbonne in Paris.

The most moving moment was the entry of the coffin under the very numerous and long applause in homage to Samuel Paty. An extremely strong moment. “Same thing at the end of the ceremony after the minute of silence. La Marseillaise was picked up by the 500 people present here. Again, very long applause resounded in tribute to the professor. The people who came to pay homage to the teacher are now leaving this place de la Sorbonne“, concludes the journalist from France 2.