Nice, after the attack: “We say to ourselves that it is endless” 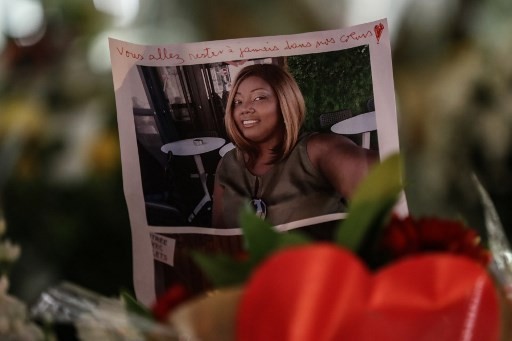 Nice, after the attack: “We say to ourselves that it is endless”

Suddenly, an exclamation turns heads on the sidewalk of Avenue Jacques-Médecin: “Why so much hatred? Please stop killing us! “ In front of the Notre-Dame-de-l’Assomption basilica in Nice, where people, elected officials and religious leaders follow one another to place flowers and candles, a woman dressed in black and with a petite silhouette cries out her grief in front of microphones and leaves hastily. crying.

A few moments later, in the same place, another female voice rises, after a Marseillaise sung at the top of the lungs: “Enough of it. It is unacceptable ! It’s intolerable ! Wake up ! Think of our children and our grandchildren ”. Since the attack on Notre-Dame basilica, which claimed the lives of three people on Thursday, October 28, the religious building has become the epicenter of the anger and pain of the people of Nice, a suffering awakened in a city already tested by terrorism.

There was the knife attack against soldiers of Operation Sentinel in 2015. There was, above all, the murder of a truck on the Promenade des Anglais on July 14, 2016, an attack that left 86 dead and 458 injured. “Obviously, we are shaken, it’s like a feeling of déjà vu, we say to ourselves that it is endless”, confides Thierry Vimal. On this tragic national holiday, the writer lost his twelve-year-old daughter, Amie. Today, he co-chairs Promenade des Anges, a collective of July 14 victims.

He also laid a wreath in homage to the murdered Catholics. “I know what their families will go through”, he said. The Montjoye association, which participated in the establishment of a psychological support unit after this umpteenth killing, has also received calls from those affected by the carnage of 2016. “It revives anxieties”, explained its deputy director, Delphine Courtonne, in the daily Nice morning.

But when Thierry Vimal evokes a ” background work “ to fight terrorism, while insisting on education, others advocate more expeditious solutions. “Islam outside Europe”chanted members of a procession of about 200 people as they walked towards the basilica on Thursday evening. According to local observers, they belong to the identity movement, of which Nice is one of the historic bastions.

“We are afraid for our Muslim friends”

Some Niçois do not hide either to say out loud in front of the church, which is currently closed (1) that “Madame Le Pen is right” or that there is a “Great incompatibility” between cultures. “ The climate is peculiar and strange, you can feel the tension, comments Roxanne, an 18-year-old literary student, who also came with a candle. We are afraid for the future, afraid for our Muslim friends, afraid that people will confuse Islam and terrorism “.

For Canon Philippe Asso, these tensions are not new in a city of 340,000 inhabitants where the extreme right is firmly established. ” A certain number of groups, movements and political formations will not fail to use them, he analyzes. Let us be vigilant in the face of this clear enemy which is terrorism, but also in the face of its so-called enemies. “

Already, in 2016, Nice the martyr had been agitated by the rise of resentment vis-à-vis Muslims. “But all the people of Nice are not like the people who were in the Thursday evening procession”, insists Clément, another student. Rather than anger, it evokes the ” disgust “, the “Sadness” and the “Penalty” who again descended on his city. “All communities are impacted”, he adds. Boubekeur Bekri, vice-president of the regional council of the Muslim religion, qualifies for his part the parade of“Epiphenomenon”. “There can be no religious war”, he hammers.

Oucine Jamouli, a restaurateur of Moroccan origin, intends to fight in his own way against an outbreak of fever. He is in the process of forming a collective bringing together inhabitants and traders of the Muslim faith in the district of Notre-Dame-de-l’Assomption. “We are shocked and upset, like all the people of Nice”, he said. To mark everyone’s solidarity with bereaved Christians, he circulated a letter that everyone can sign, with another project in mind: organize a “Couscous of friendship”, when the health situation permits.