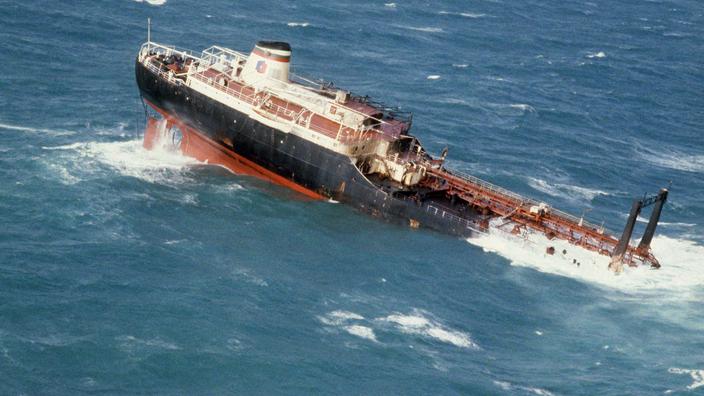 Oil leaks from the wreck of an oil tanker, which sank in 1980 off Côtes-d’Armor, have fatally poisoned seabirds since winter 2019, according to the Vigipol union.

On March 7, 1980 north of the island of Batz (Côtes-d’Armor), the oil tanker “TanioFlowed after being broken in two as a result of a severe storm. Of the 28,6000 tons of oil in the boat, 10,000 spilled into the sea. 200 kilometers of coastline were soiled. But 41 years after the sinking, hydrocarbon still escapes from this tanker, buried 80 meters deep. In November 2019, several dozen injured or dead birds were found on beaches in North Finistère according to the Breton union Vigipol. Over the winter period 2020-2021, “161 oiled birds were counted, including 83 dead “, indicates to Figaro its director, Sophie Bahé.

Read also :Environment: towards protection of 30% of French territory

Following the discovery of these oiled birds in 2019, the Atlantic Maritime Prefecture carried out investigations with a remote-controlled submarine. She observed “some minor intermittent oil leaks.“After analyzes, the Documentation Center for Research and Experimentation on accidental water pollution,” noted “great similarities between the oil found on birds and heavy fuel oil Tanio. ”, Announced the prefecture in a press release on January 21.

In September 2020, the French Navy repaired breaches in the wreck of the Tanio. On January 6 and 7, 2021, the condition of the wreck was again checked: “3 of the 10 plates, installed in September 2020 to plug hull holes, have since been torn off by fishing gear.“, Specified the prefecture. As a result, the oil continues to poison seabirds. This recent pollution has been confirmed by the maritime prefecture. “In the last quarter of 2020, on the coast of Finistère, birds were discovered with oil on their feathers.“

According to Vigipol, a joint union for the protection of the Breton coast, “nearly 70% of the birds recorded are Common Murres.The other affected species are twisted penguins (37) and puffins (3). The number of reported cases is double from last year across Brittany. “For three and a half months, stranded birds have been found on the coasts of southern Brittany to the east of Côtes-d’Armor.», Declares Sophie Bahé to Figaro. “The situation is worrying. Birds are warning signs of a greater threat to our coastline.», Adds the director of Vigipol.

When they are found alive, the birds are taken to the Île-Grande care center of the Bird Protection League. The manager of this center, Romain Morinière, believes that this oil tanker is “a time bomb, because the hull of the tanker is aging, weakening and in danger of giving way. ” 66 live oiled birds have been taken care of in the center of the LPO since October 2020. But the birds, covered with oil, are often too weak and dehydrated to be saved. “Only 8 have been released since the start of winter», Deplores Romain Morinière.

On January 21, 2021, the Maritime Prefecture of the Atlantic said in a press release that “No pollution at sea or on the beaches has been spotted since the work carried out on the hull of the Tanio in September 2020. ” Contacted by the Figaro, the prefecture says it is closely monitoring the situation. She does not fear “a pattern of an oil spill, because the quantity of hydrocarbon that escapes from the tanker is residual.“