“Our Constitution is your departure”: the Hirak rejects the constitutional referendum in Algeria 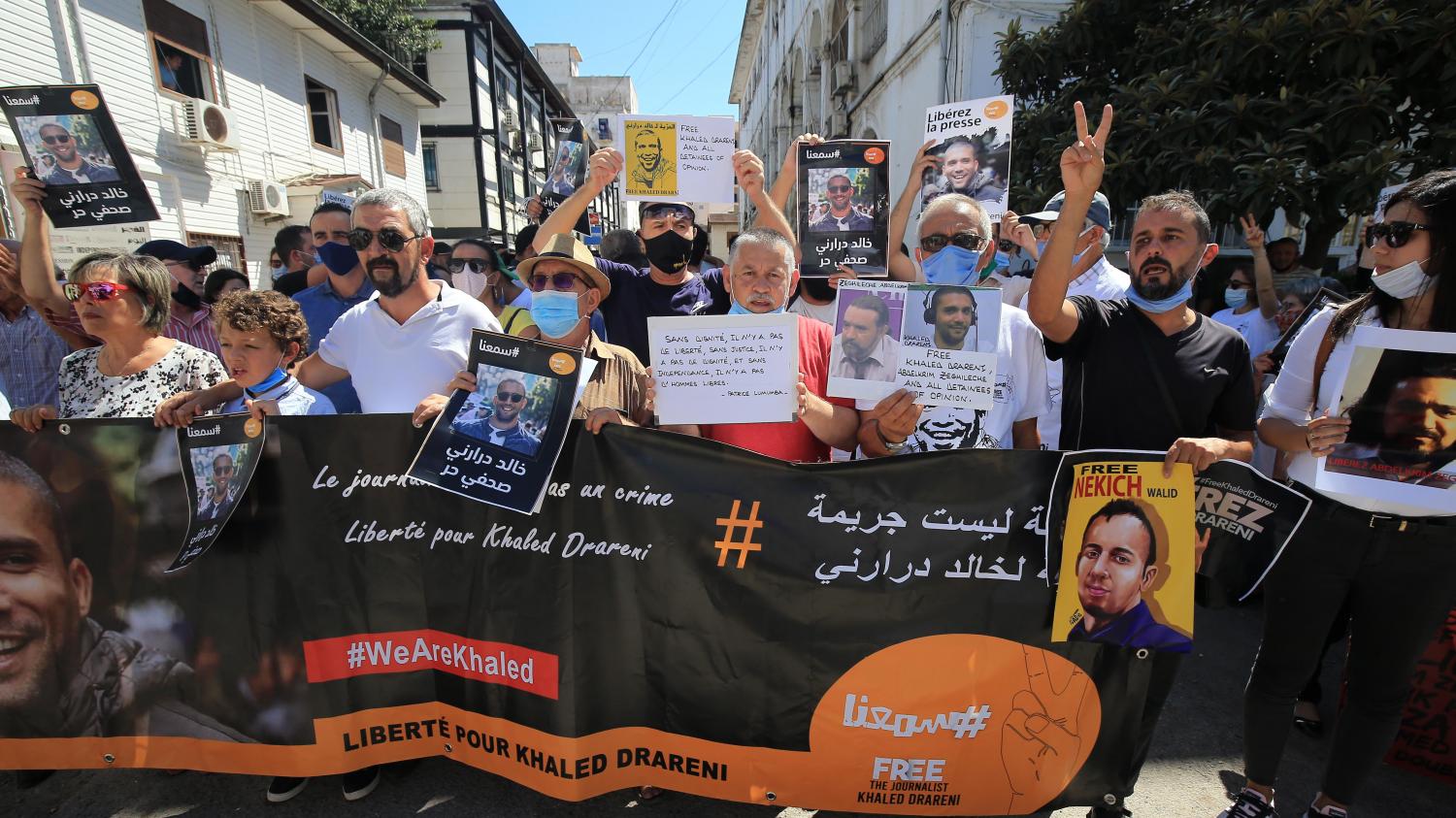 “Our Constitution is your departure”: the Hirak rejects the constitutional referendum in Algeria

While prison sentences are raining down on the Hirak figures, Algerians are called upon to vote on November 1, 2020 on the new Constitution, presented by President Tebboune “as a great advance in democracy and freedoms”.

“Do you agree with the proposed revision of the Constitution that is proposed to you?” Algerians are called to answer this question on November 1, 2020, the anniversary date of the outbreak of “the War of National Liberation”. For the Algerian authorities, “this new republic” must be “a moment of reconciliation“and put an end to the popular mobilization (the Hirak), heavily repressed in recent months.

The “hirakists” do not want this Constitution written by the authorities. Since the beginning of the movement, they have been calling for the election of a (constituent) assembly responsible for writing a new fundamental law which would be the fruit of popular aspirations.

The dialogue of the deaf and the confrontation between the Algerian authorities and the Hirak are therefore continuing. According to Prime Minister Abdelaziz Djerad, the new constitution aims to put Algeria “sheltered from the autocratic and hegemonic overruns that it has known in the past”. She “is in line with the demands of the building of the modern state and responds to the demands of the authentic blessed popular Hirak”, even declared President Tebboune during a Council of Ministers.

A tempting program but not very credible according to the opposition, while this same power sends journalists, lawyers and all those who demand real change to prison every day. “What is the use of a fundamental law, if it is trampled underfoot before it is even adopted. It is practically the same for all the democratic principles set out in a multitude of articles, but remained a dead letter …“, states in El Watan columnist A.Merad.

Except that, for the opposition, this Constitution is “everything but a change”. It strengthens the authority of the President of the Republic and the army, and sees a major objective of the Hirak move away : a real separation of political and judicial powers. All the more so as this referendum comes at a time when the repression is accelerating and strikes all dissenting voices.

The FFS will not endorse the November 1 election which constitutes yet another constitutional violence and too much force against the popular willYoucef Aouchiche, first secretary of the Front des forces socialistesin a press release from the FFS

For the Rally for Culture and Democracy (RCD), through the voice of its leader Saïd Sadi, “hyper-presidentialism is worthy of the constitutional folklores of the banana republics and the confusion of powers constitutes the framework and the spirit of a text which will have only one finality : further paralyze an administration unable to clean the gutters each fall. “ Same story with the Front des forces socialistes (FFS) : “Our Constitution is your departure.” This formula has become the hashtag (in Arabic) of the opposition on Twitter.

But will Algerians take the time to read the 225 articles of the constitutional text? Nothing is less sure. Scared by decades of political confiscation, they know that good constitutions do not necessarily make good political practices.

This referendum aims above all to put an end to the popular revolt. Any student of political science knows that referendums are seldom used to answer the question asked, but rather to dub the power that asks the question. To tell the truth, for the opposition, the participation rate will be the only stake of this referendum. Will she be heard, while only parties that call to vote are allowed to campaign ?