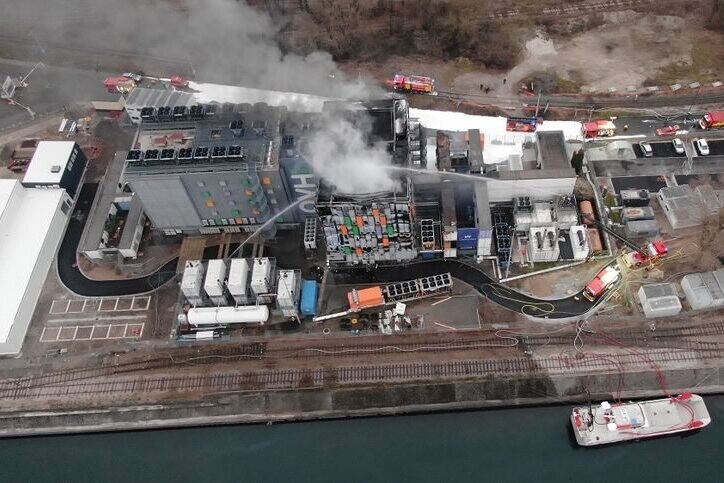 A spectacular fire ravaged an OVHcloud data center from Tuesday to Wednesday in Strasbourg, without causing any casualties. However, it causes significant disruption to many customers whose websites have become inaccessible.

In a statement, the company said “Relieved that no injuries are to be deplored”, and presented his ” sincere apologies “ to affected customers, promising to implement solutions to compensate for the unavailability of the Strasbourg site.

→ READ. The hacking of medical data, a lucrative traffic

Because the fire has repercussions far beyond Strasbourg. Throughout the morning, many very different structures, such as the French bitcoin trading specialist Coinhouse, the Center Pompidou, the Créteil handball club or the museum of the rural school of Brittany reported disruptions in access to their websites or the use of e-mails. The data.gouv.fr public data access platform was also temporarily inaccessible. According to the specialized site W3Techs, OVH is used by 3.2% of websites.

On its support site, OVH recommended that its customers initiate their ” disaster recovery “ if their “Production is in Strasbourg”. Asked about possible permanent data loss, the company said it was unable to respond immediately.

The fire broke out at 12:47 a.m. in one of the four OVH data centers installed in the industrial zone of Port du Rhin, east of the Alsatian capital, not far from the German border. It mobilized significant relief resources, including 115 firefighters and 44 machines, as well as police and civil security officials. Shortly before 7 a.m., the prefecture announced that the fire was “Circumscribed”, greeting her “Strong mobilization” firefighters.

The latter carried out pollution tests in the atmosphere, which made it possible to rule out any risk of contamination. The OVH site, located on a plot formerly occupied by ArcelorMittal, is not classified Seveso, unlike other sites in the industrial zone.

In total, the site hosted 29,000 servers, according to OVHcloud. Along with a few rare other players, it carries the hopes of the European cloud against the American and Chinese giants in this sector which has become strategic for the digital economy.