Reims: what we know about the assault of the photographer of the daily “L’Union” at the Red Cross 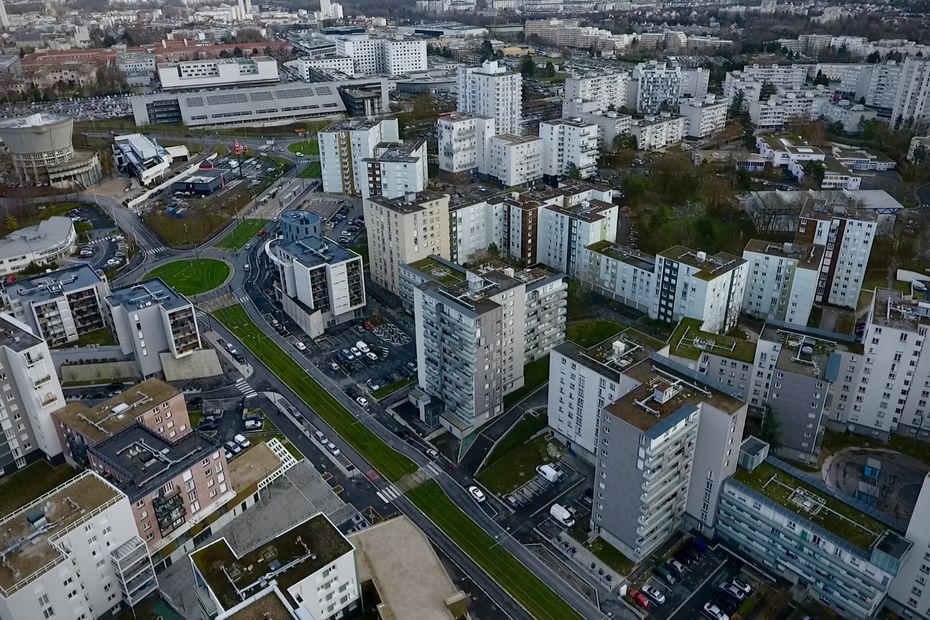 Reims: what we know about the assault of the photographer of the daily “L’Union” at the Red Cross


Christian Lantenois was seriously injured in the head on Saturday afternoon.

The emotion is strong, this Sunday February 28, the day after the violent attack of a photo-journalist of the local daily The union in the Croix-Rouge district in Reims. In very critical condition, “his days are still in danger”, specifies to France 3 the assistant to the security of the city of Reims Xavier Albertini, Christian Lantenois was taken care of by the Samu on Saturday afternoon. “At the time he was transferred to the CHU, he was unconscious and he was intubated”, indicated the prefect of Marne Pierre N’Gahane. He was “found in great distress, next to his car, near the Red Cross media library”, precise The union. France 3 Champagne-Ardenne takes stock of the events that took place on Saturday.

Around 3 p.m. on Saturday, “a journalist from the newspaper The union was assaulted and seriously injured in circumstances as yet undetermined, but on purpose. So I opened an investigation for attempted murder, entrusted to the departmental security “, Matthieu Bourrette told AFP. No arrests were made at this stage, he added.

For now, we do not know how many people are involved in this attack. Asked by France 3, the deputy mayor of Reims for security underlined: “An investigation has been opened for murder, which means it is particularly serious.”

The journalist went to the Croix-Rouge district in Reims as part of his work, specifies the daily, which details at length the circumstances of the arrival of the photographer and a journalist on duty, in charge of various facts (she suffered no assault). At 2:30 p.m., the latter received a message mentioning “very strong tensions in the neighborhood”.

Information corroborated by Xavier Albertini. “The video protection cameras of the city of Reims noticed a gathering of about thirty individuals”, he specifies to France 3, which specifies that “brawls” and “clashes” have been taking place since the start of the week. “National and municipal police crews went there to separate the belligerents, continues the elected. There was also the suspicion of shooting an individual which turned out to be false information. “

When the journalist from The union decides to go there, Christian Lantenois offers to accompany him. They then choose to go to the scene in two separate cars. She prefers an unmarked car and chooses him another in the colors of the newspaper. “On the spot, the two reporters remained at a distance from each other, always for the sake of discretion. What happened next is very difficult to know, especially as there are still many areas shadow and that the investigation was far from being completed, Saturday evening “, can we read in the daily newspaper.

Red Cross is what we call “a priority security zone”, where 25,000 inhabitants live. “The neighborhood remains a sensitive neighborhood. A year ago, just before confinement, there were two series of clashes between young people from this neighborhood and from another neighborhood. Fearing this type of problem, the police occupied space”, said the prefect of Marne on Saturday evening.

In her editorial this Sunday, the two editors of the daily directly mention the difficult context in the neighborhood: “To give up this report was to deny that violence is a reality that 25,000 inhabitants of this neighborhood live. To give up this report was to close your eyes, to abandon a part of the territory and those who live there. ‘was to betray reality, and to make the daily lives of thousands of citizens completely forgotten. “

The photojournalist born in 1955 began his career in the 1980s. It was in 1993 that he was finally hired in the editorial staff of The union, details Christophe Deloire, the secretary general of Reporters Without Borders, in a series of tweets.

Pending further information, we feel a deep emotion, express our solidarity with the drafting of @UnionArdennais and let us express all possible hopes for the recovery of our fellow photojournalist Christian Lantenois. https://t.co/rCy1RPyzIe

He was also used to sports fields, as several clubs in the area have reported. “Faithful and emblematic photographer of Auguste Delaune”, reacted the Stade de Reims on Twitter. Same emotion from Châlons-Champagne-Reims Basket: “We give our full support to Christian Lantenois, who has been covering the club’s matches for the Union for many years as a great professional.”