Repression in Hong Kong: the power calls out to fifty pro-democrats 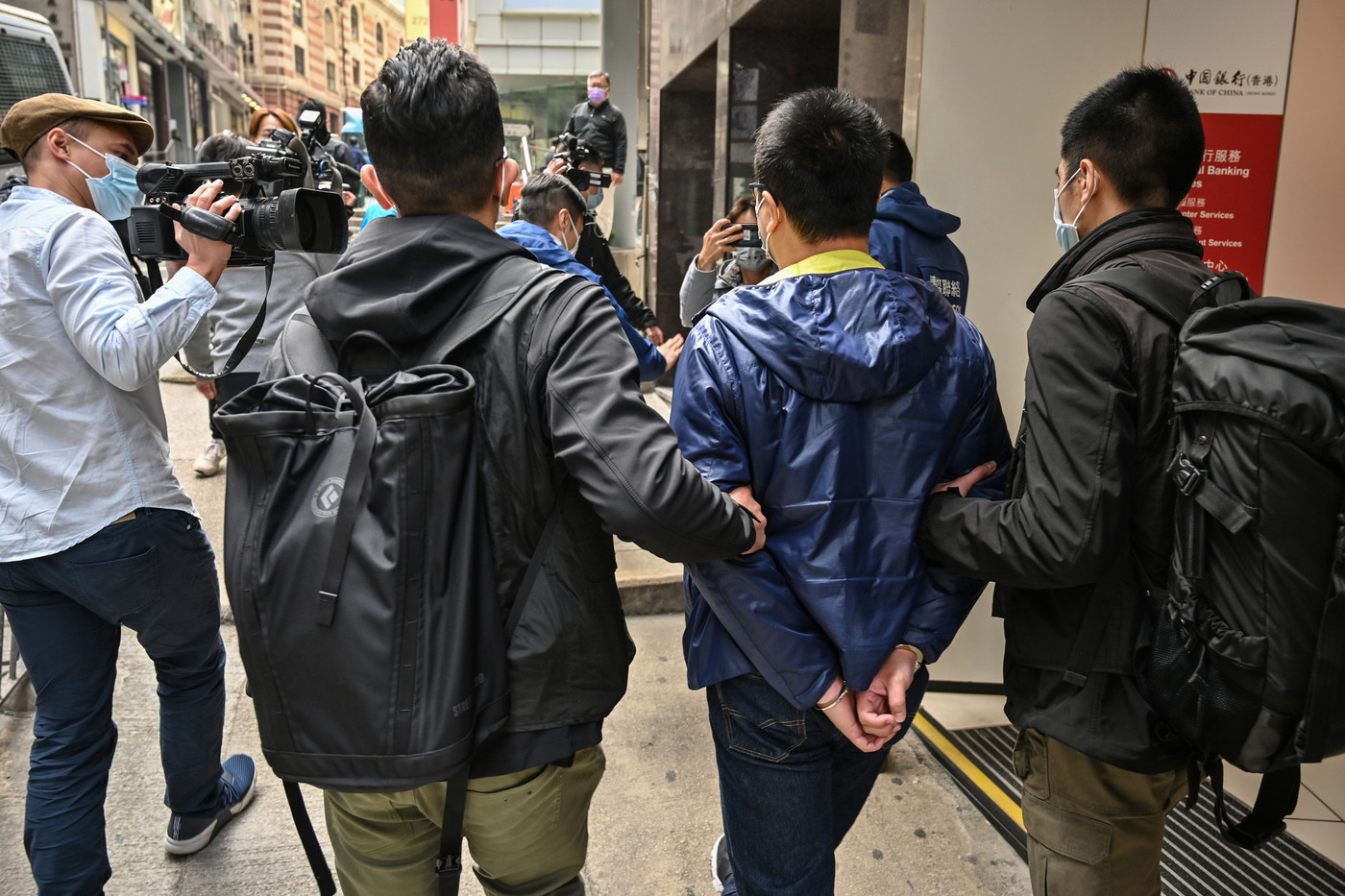 Repression in Hong Kong: the power calls out to fifty pro-democrats

“It’s the coup de grace”, briefly blurted out The cross a pro-democrat activist from Hong Kong on encrypted messaging, a few hours after the vast crackdown carried out on Wednesday January 6 by the police.

Around 50 pro-democracy opposition figures have been arrested under the national security law imposed by Beijing since 1er July 2020. “I never imagined that China would dare to carry out such a repression against us, adds this source who organized several of the 2019 protests, but this time there are no more limits. “

The strong takeover of the former British colony initiated by China since the start of 2020 following the massive protests in 2019 against Beijing’s grip on the territory, has just taken on a new dimension.

These arrests are linked to the primaries organized last July by the opposition before the legislative elections scheduled for September 2020. The purpose of these primaries, in which more than 600,000 Hong Kongers had participated to nominate the 35 candidates who would seek the posts of deputies of the opposition.

The objective was to win a majority in the Legislative Council (local parliament) in order to constitute a counter-power to the Hong Kong executive aligned with Beijing. On the pretext of social instability, the head of the executive Carrie Lam had decided to postpone these legislative elections for one year.

At the time, Beijing had already presented these primaries as a “serious provocation” and claimed that campaigning to take control of parliament was akin to “subversion”.

One of the four types of crimes enshrined in the National Security Law: secession, subversion, terrorism and collusion with foreign forces. This last crime, “external forces which undermine the stability of Hong Kong”, has just been invoked by Beijing.

Conviction of the Biden-Harris administration

This early morning call touches a broad spectrum of the pro-democracy movement, whether they are former parliamentarians like James To, Raymond Chan, Andrew Wan, Claudia Mo or younger activists. These include Gwyneth Ho, a 30-year-old former journalist with activism, and Tiffany, a 27-year-old district councilor. Academic Benny Tai, behind the 2014 Occupy Central movement, was also arrested.

On Joshua Wong’s Twitter account in prison, relatives said police had searched his home. An American lawyer, John Clancey, who works for a firm committed to the defense of human rights, has also been arrested. Three press groups – Stand News, Apple Daily and Inmediahk – also received a visit from the police. Nathan Law, exiled in London, accused authorities of seeking to “Extinguish the flame of resistance”.

These unprecedented arrests were quickly condemned by Antony Blinken, the man chosen by US President Joe Biden to lead his diplomacy and who denounced a “Attack against those who courageously defend universal rights”. ” Biden-Harris administration to stand alongside the people of Hong Kong and against Beijing’s crackdown on democracy », He promised, thus setting the tone for the way in which the new administration would manage its relations with the second world power.

In Taiwan, the foreign minister said “Shocked” by this repression and “Condemned” these arrests, assuring that he would continue “To defend human rights and democracy lawyers “. In Hong Kong, the police assured that she would “Continue to make new arrests” in the coming days.