Shootings in Vienna, a “terrorist attack” according to Chancellor Sebastian Kurz 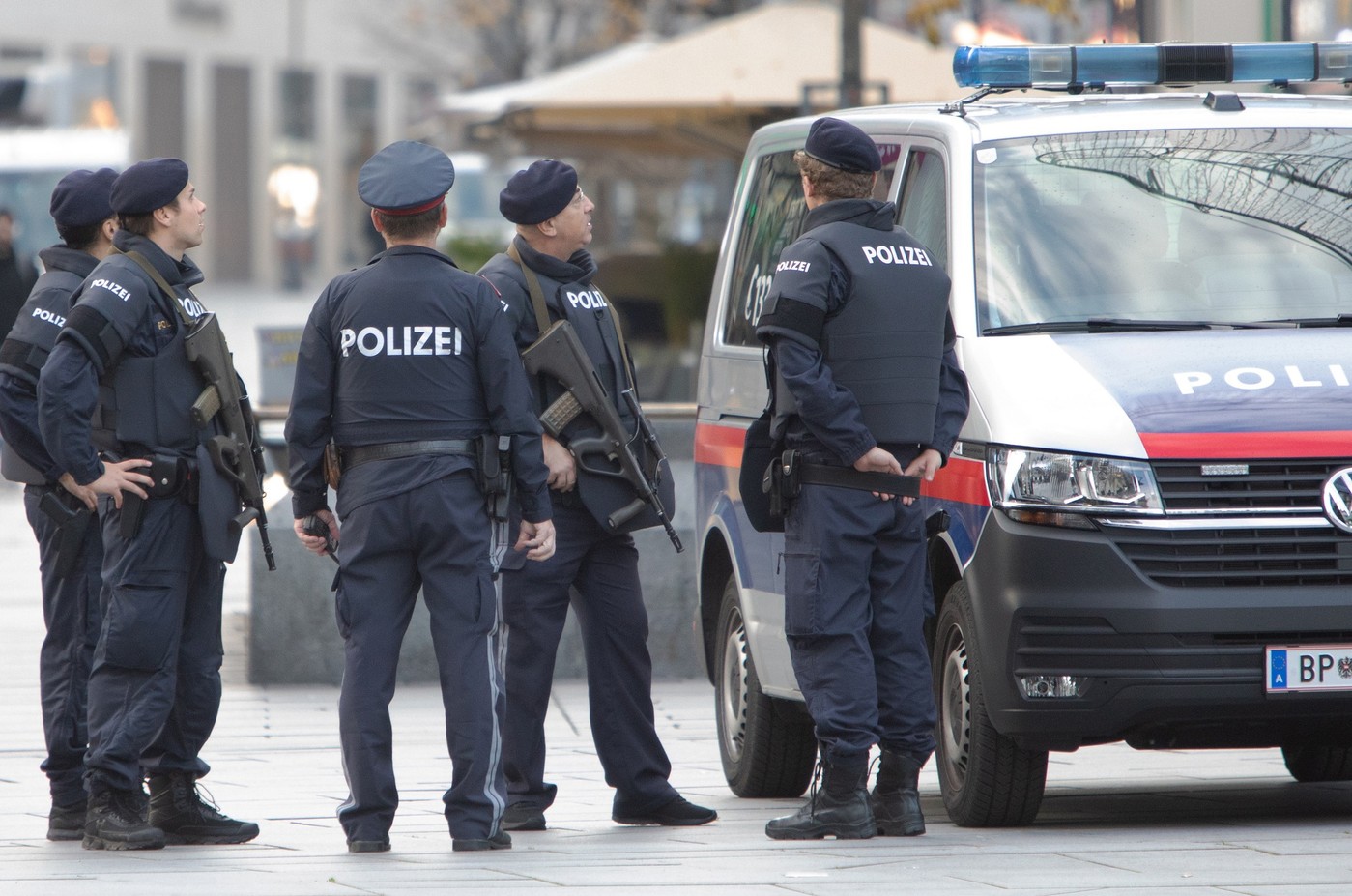 Shootings in Vienna, a “terrorist attack” according to Chancellor Sebastian Kurz


A manhunt was launched on the night of Monday 2 to Tuesday 3 November in Vienna after the attack which left at least four dead and sowed terror in the Austrian capital, a ” terrorist attack “ according to Chancellor Sebastian Kurz.

One of the attackers, armed with an assault rifle and a dummy explosive belt, was killed by police. This is’“A sympathizer” of the jihadist group Daesh, according to the clues collected in his home, the government said.

A shooting took place Monday evening November 2 in the center of Vienna, capital of Austria, near a synagogue. / GEORG HOCHMUTH / AFP

Helicopters and police lines, the city was cordoned off to find possible other suspects. Investigators are trying to determine if it is possible that there was only one, while the shootings took place in different places.

“At least one suspect is on the run”, had previously declared the Austrian Minister of the Interior, Karl Nehammer.

It was around 9 p.m., Monday, November 2, that the first shots were heard in the center of the Austrian capital. Shootings that took place not far from the Great Synagogue and the Opera House, in the heart of Vienna, and which, it seems, simultaneously targeted six different sites.

Witnesses interviewed on television said they saw a man shoot ” like a crazy “ with an automatic weapon, another claiming“At least 50 shots”. Astonishment immediately set in in the restaurants and bars of the neighborhood, where customers were asked to stay inside, lights out, while ambulance sirens howled outside.

Police said two men and two women were killed in the attack. Fifteen people were hospitalized, six of them in serious condition.

As the police secured the scene and residents were called to stay at home, the interior minister said the shooting was “Apparently a terrorist attack”. A little later that evening, Austrian Chancellor Sebastian Kurz condemned “A disgusting terrorist attack”. “At this stage, it is not possible to say if the synagogue was targeted”, for his part reacted Oskar Deutsch, the president of the Jewish community of Vienna (IKG).

Without waiting for further confirmations, many countries of the European Union reacted. On behalf of France, Emmanuel Macron said that “Our enemies must know who they are dealing with. We will not give up anything ”. “We French, share the shock and the grief of the Austrian people”, tweeted the head of state in French and then in German.

We French share the shock and grief of the Austrian people struck this evening by an attack in the heart of their capital, Vienna. After France, a friendly country is attacked. This is our Europe. Our enemies must know who they are dealing with. We will not give up.

“The fight against these assassins and their instigators is our common fight”Chancellor Angela Merkel said, according to a tweet from her spokesperson, also expressing to Austria her “Solidarity”. “We must not give in to the hatred which seeks to divide our societies”, affirmed for its part the German Ministry of Foreign Affairs.

The President of the European Council Charles Michel condemned for his part “A cowardly act that violates life and our human values. My thoughts are with the victims and the people of Vienna after the horrific attack this evening. We are alongside Austria ”, he added in a tweet.

→ READ. Paris, Conflans, Nice: the attacks are increasing but are not alike

On the eve of the US elections, President Donald Trump denounced on Twitter “Another vile act of terrorism”, and says that “Attacks of evil against innocent people” had to stop. “The United States stands by Austria, France, and the whole of Europe in the fight against terrorists, including radical Islamic terrorists”, tweeted the Republican candidate.

Russian President Vladimir Putin has “Strongly condemned this cruel and cynical crime, once again confirming the inhuman nature of terrorism, and expressed his belief that the forces of terror will not succeed in intimidating anyone or sowing discord between people of different faiths”, the Kremlin said in a statement.

Tighter controls have been put in place at the border between Germany and Austria, German police said on Tuesday, while the Czech Republic announced the same evening that it would launch border controls with Austria. Austria. The Czech police also added that they had put in place “Surveillance of the main Jewish sites in the Czech Republic”, a measure that “Does not only take into account the situation in Austria”.