Spain: a motion of censure that divides the right 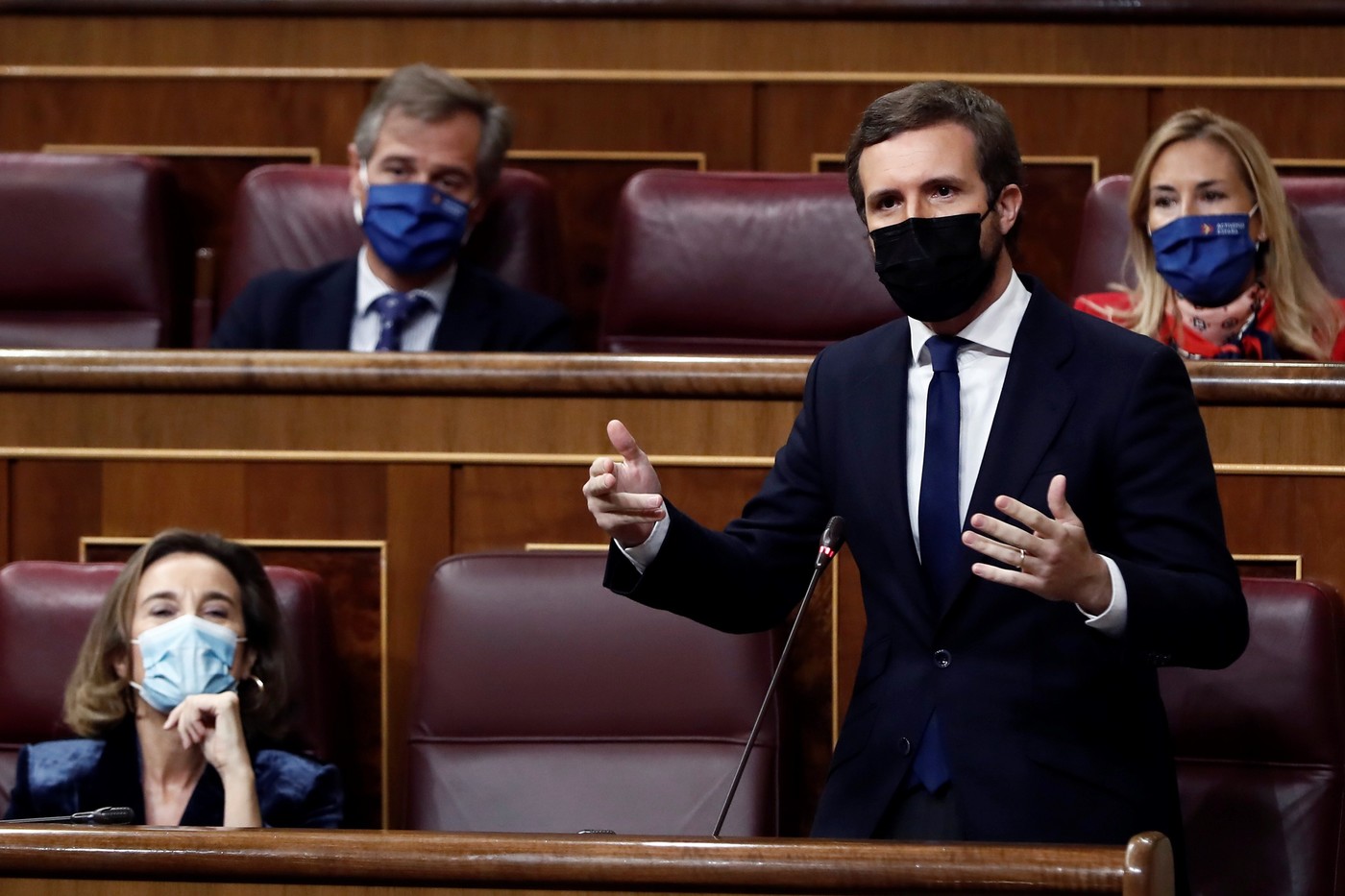 Spain: a motion of censure that divides the right

Rarely will the result of a motion of censure have interested the Spaniards so little: that presented by the far-right party Vox since Wednesday to the Congress of Deputies, and put to a vote on Thursday, October 22. An attempt doomed to failure. The fifty-two Vox deputies will remain far from the absolute majority necessary to win this motion of censure.

The PP divided between abstention and the negative vote

But paradoxically in this affair, all eyes are on the Popular Party (PP, right, conservative) which has ruled out joining this motion. Analysts are more interested in the procrastination of the PP divided between abstention and the negative vote. Because this motion without a future puts on the table the question of relations between Vox and the PP and their strategy. ” We must not forget that since 2018, with the appearance of Vox for the first time in institutions, we have seen a fragmentation of the right, which had never happened. », Explains Pablo Simon, professor of political science at Carlos III University.

During the last regional elections in November 2019, 21% of voters from the three right-wing and center parties (Vox, the PP and Ciudadanos (liberal)), migrated from one to the other, Pablo Simon recalls, either between a million and a half and two million votes. ” It’s huge, tectonic movements are important between these forces especially now between Vox and the PP », Explains this political scientist.

From there, when it comes to the vote on the motion proposed by Vox, the leader of the PP, Pablo Casado, finds himself stuck. ” If he chooses abstention, he gives the impression of assuming part of Vox’s speech and if he chooses no, he leaves the field to Vox to become the main critical party in the opposition. », Explains Pablo Simon for whom« the leader of the PP must try to lose as little as possible even his situation remains complex “.

Pablo Casado must also find the tone in his speech in reply to this motion of censure. The leader of the PP has often navigated between rapprochement or estrangement from Vox depending on his electoral results. His party needed Vox’s votes from 2018 to come to power in coalition with the liberals, in the Andalusian regional parliament, but also in Murcia and the Madrid region in 2019.

But the re-election last July of the PP candidate, supporter of a moderate line in the regional ballot in Galicia, may have cast doubt on the leader Pablo Casado on the line to be followed. ” He must adjust the tone and the strategy if he wants to succeed in conquering the Spanish government where he will surely be forced to compose with nationalists », Warns Pablo Simon. A difficult equation when Vox chose a favorable moment to try to capitalize on this motion of censure, in the midst of a health crisis, between anger and fatigue of the Spaniards.