Spain: at least 5,000 migrants flocked to Ceuta on Monday 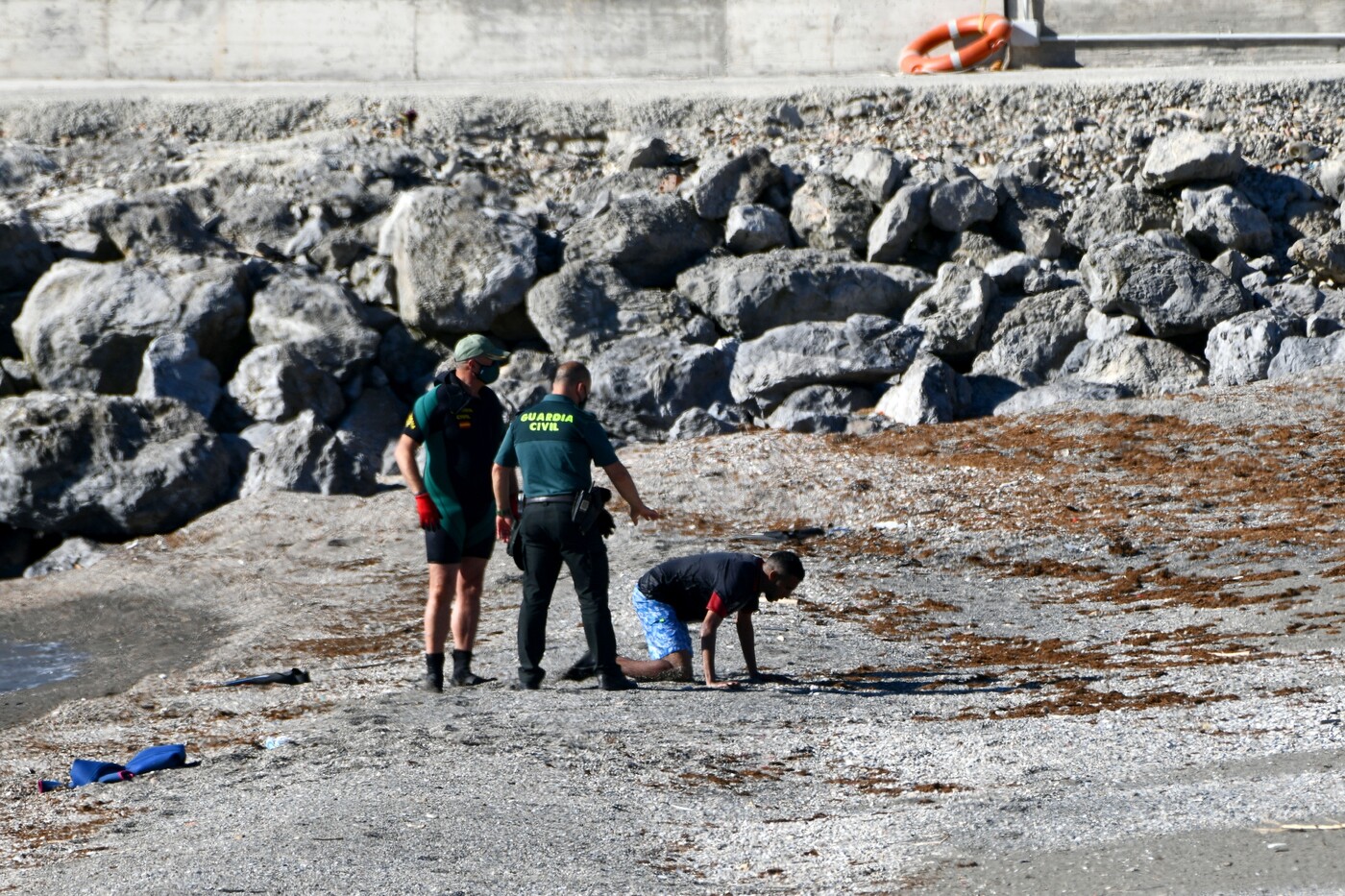 Spain: at least 5,000 migrants flocked to Ceuta on Monday


A flood of migrants, mostly Moroccans, continued to reach the Spanish enclave of Ceuta on the night of Monday 17 to Tuesday 18 May. By the dozen, they joined the human tide which crossed the border unimpeded from the early hours of the day Monday morning, in full tension between Rabat and Madrid.

First estimated at 2,700, a “record”, the total number of these migrants from Morocco rose to at least 5,000 on Monday evening.

On the Moroccan side, hundreds of men and women of all ages, many young people and minors, flocked to try their luck at the Fnideq border post, watched by a handful of Moroccan police officers. The candidates for emigration descended in groups towards the beach by a path, before running towards the city of Ceuta, along the sea, under the eyes of the Moroccan auxiliary forces who looked at them without intervening.

” I learned through Facebook that it was possible to pass, I took a taxi with a friend because I can no longer feed my family », Explains Ouarda, 26, a divorced and unemployed mother with two children. ” I am not afraid: either I die or I pass », Launches the young woman from the neighboring town of Tetouan.

During the day, a man was killed by drowning while trying to reach the enclave by sea, according to the prefecture of Ceuta. Some have also tried to go through the mountain overlooking the beach. ” We were prevented from passing, but I will try again », Confides a 26-year-old Moroccan unemployed.

A migrant with the Spanish Civil Guard after swimming in the enclave of Ceuta from neighboring Morocco, May 17, 2021 / AFP

Videos posted on social networks show young migrants, in swimsuits or fully dressed, disembarking on rocky beaches. Some pass under the gaze of the Moroccan security forces, who do not react at first and then end up repelling the crowd of curious people.

Asked about their accommodation, the prefecture, faced with an unprecedented situation, said that a reception was planned in sheds on the beach of El Tarajal. The Spanish Ministry of the Interior announced in a statement on Monday evening the ” immediate reinforcement of the civil guard and national police force in the area »With 200 additional agents.

Recalling that ” the Spanish and Moroccan authorities recently concluded an agreement concerning the return to their country of Moroccan citizens who arrive to swim “In Ceuta, the document assures that” contacts with the Moroccan authorities were maintained ” in a way “ permed “.

Diplomatic relations between the two neighboring countries have been strained since the reception, at the end of April, in Spain, of the leader of the Saharawi separatists of the Polisario Front, Brahim Ghali, who came for treatment.