Spring in music in Monaco 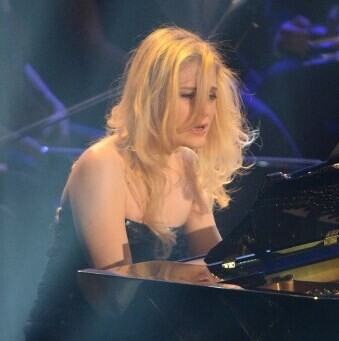 Spring in music in Monaco

What a joy to be in a concert hall in the middle of the public, a pleasure shared by artists and organizers! After the cancellation of the National Orchestra of France scheduled to open the Printemps des arts a week earlier, the second of the five weekends was able to take place without a hitch, according to a very strict health protocol.

For his last edition after nineteen years at the head of an event that he brought to the pinnacle, Marc Monnet (1) decided to bow out, giving way to composer Bruno Mantovani. “You have to know how to leave, and I want to devote myself to composition. This festival fascinated me, I wanted to prove to myself that I could organize programs, organize concerts, show that contemporary music is not a “problem” ”, rejoices the one who also wanted “Associating extra-European music, imagining” surprise trips “where the public does not know what they are going to hear or where …”

During this second weekend, at the Oceanographic Museum, the young Swiss pianist Beatrice Berrut focused on Liszt’s ultimate pages, played with restraint, depth, mystery and a sense of color magnified by a soft-sounding Bösendorfer. On this same instrument but at the Palais Garnier, Bertrand Chamayou found the Pilgrimage years by the same Liszt in three concerts: 26 Swiss and Italian stops with endless perspectives, thanks to its refined and powerful interpretation.

On the creation side, Sebastian Rivas’ show at the Yacht Club, Snow On Her Lips, monodrama for performer (the inexhaustible Emma Terno!), two instrumentalists, objects, electronics and video, has proven to be singularly imaginative and colorful, even if it needs to be further refined. Sanitary constraints limited rehearsals and even forced the production to partially modify the show at the last moment …