Stéphane Bancel: “At the end of November, we should file an emergency authorization for a vaccine” 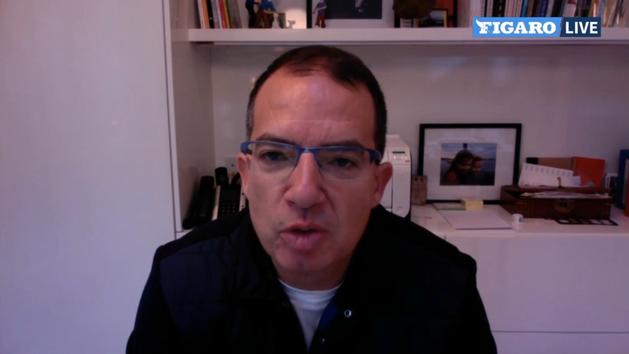 Stéphane Bancel: “At the end of November, we should file an emergency authorization for a vaccine”


Stéphane Bancel, the French CEO of the American biotech Moderna Therapeutics, who starteds Phase 3 clinical trials started in July, explained, at the microphone of Jacques-Olivier Martin, editorial director of the Big Bang Santé du Figaro, that he should file an authorization for a vaccine at the end of November. “We will have efficacy data from our trials in November. The FDA (Food and Drug Administration) has asked the United States for a period of two months of safety data for at least half of the study or 15,000 people, which should be communicated on November 24. So at the end of November, beginning of December, we should file in both the United States and Europe an emergency authorization for a vaccine.», He said.

“It seems that regulatory authorizations, both in the United States and in Europe, for an emergency authorization, focus on medical personnel and the elderly, the people most at risk, continued the boss of Moderna. I think the authorities will want to wait a month or two more to have more data on the safety of the vaccine before it is authorized for any adult ”.

Our correspondent in Beijing Sébastien Falletti, for his part, explained that“Today 100,000 people had already been injected with the vaccine in China. Although no vaccine has yet been approved, the regime is starting to deliver vaccines to essential workers, such as hospital staff or the military ”.

During a debate dedicated to accelerating research, the president of Sanofi France Olivier Bogillot, for his part, underlined the fact that“It is interesting to have several technologies simultaneously” in tests to maximize the chances of efficacy of a vaccine.

After this second morning of the Big Bang Santé dedicated to research, the event will continue each morning until the end of the week, live from Figaro.fr at 10:30 am. Thursday, October 22, the morning will be devoted to new technologies. On the program in particular: a speech by Charles-Edouard Bouée, co-managing partner of Alpha Intelligence Capital (AIC), based in Shanghai, and a debate on the role of new technologies in the crisis. Finally, Cédric O, Secretary of State in charge of Digital Transition and Electronic Communications, will do us the honor of unveiling some avenues of the new tracking application, “Tous Anti Covid”.