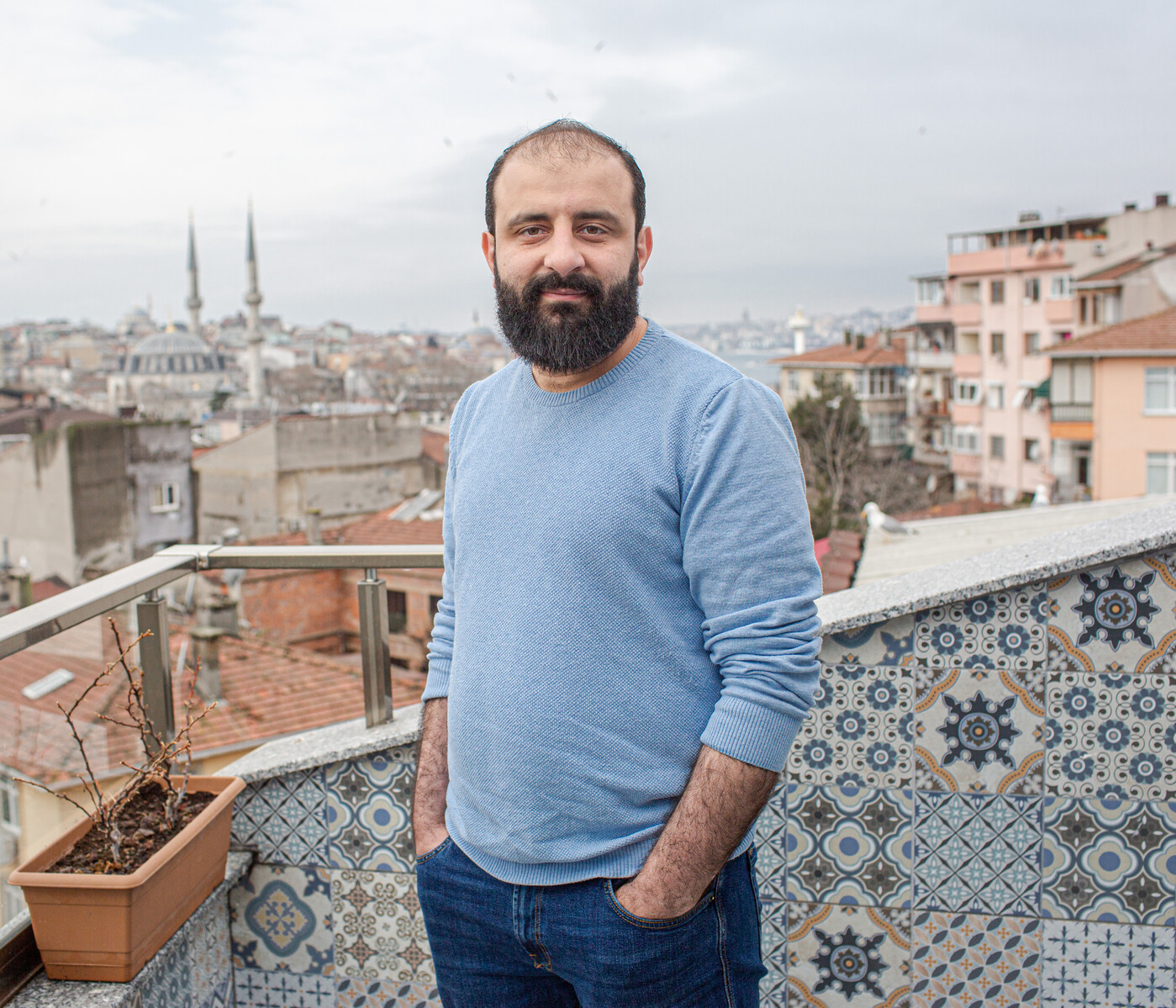 ” Look, I brought this jasmine plant back from Syria ”. Humam Husari points to the plant on the terrace and steps forward to stroke the leaves. ” It is a different variety than the one found here. Its scent is unparalleled, I assure you! », He continues laughing to argue his fad.

→ MAINTENANCE. In Syria, there is “no electricity, no bread, no gasoline”

At the end of winter, in Istanbul, snow still covered the city a few days ago. If the sun warms the apartment’s terrace today, we will have to wait a few more weeks to see the white flowers that are so dear to him blooming. He may have the pleasure of seeing the first rays of spring arrive … unless he has already set off on the roads to continue the new project he has been carrying out for a year, in the Idlib countryside.

Became a journalist by force of circumstances

This tall dark-haired man, with black eyes and a thick beard, emanates a calm and gentleness that contrast with the harshness of the words he puts on his experience. Born in 1986, in Damascus, in Syria ruled by the Al Assad clan, Humam Husari became a journalist by force of circumstances: “When the war broke out, I was studying economics in Damascus. However, I had always wanted to study Fine Arts and had the opportunity to go and train myself in video in Brighton, England. From the start of the uprisings, I started filming. I was wanted by the regime and had to take refuge in Jordan ”, he recounts.

After a few months, he can’t stand it anymore. In February 2013, he went to Lebanon and cashed his transfer to the city of Homs with smugglers, while she was still resisting the army. Homs, the city where the young French photographer Rémi Ochlik and the American journalist Marie Colvin lost their lives during a regime offensive a few months earlier.

” I think that you have to have a form of faith to persist in bearing witness to the horrors of war ”, he spontaneously suggests. ” I said to myself: if I have to die, I prefer it to be in Syria doing something that makes sense ”. But regardless of the origin of this determination … Strength and tenacity, it took this young thirty-something to stay the course five years spent in the district of Eastern Ghouta, on the outskirts of Damascus.

From 2013 to 2018, he tirelessly documented the regime’s abuses against “his” own population for various English-speaking television channels. ” When I look at my archives. I can’t believe this all happened, and that I was there myself “.

These archives – ” their children As he calls them – he cares about them like the apple of his eye. In the files he agrees to share, parade images of the terror, the wounds, the screams and the urgency that have marked years of fighting for survival in one of the most emblematic areas of the Syrian conflict.

→ READ. Syria: the Archbishop of Homs’ cry of alarm

He drew from it a tenfold sense of resilience: “People’s ability to adapt is limitless, you know. They have no other choice but to go on living. I remember this man selling fuel in the street. He had lost his father and his brother on the same street. But he continued, because he had no other solutions to survive. “

However, his visceral optimism does not erase the after-effects left by the trauma: “ Have you heard of “Syria phobia”? “ he throws in a mixture of seriousness and mischief “Sometimes I wake up with a start because I dream that I am being pursued by the forces of the regime. It is a syndrome widely shared among Syrians! “

“It is not just a political disagreement”

And when it comes to clarifying his political identity, he wants to rehabilitate the meaning of the words: “I am not an opponent of Assad in the way Westerners understand the term. The regime in Syria is taking away my right to life. It is not just a political disagreement. All people who aspire to a free and dignified life are opponents of Assad. ”

Now settled in Istanbul, Humam Husari hesitates to conclude on the state of his country. “Does Syria still exist? Yes, and she is growing. Now Syria is everywhere and it is now impossible to go back. “

“Keep in mind the stories that end well”

Humam Husari’s optimism is reflected in his images. He particularly focused on the plight of children, “ main victims of the war “. “I try to remember especially the stories that end well. I filmed that of a young boy called Youssef. He had lost his mother and older brother in a bombing raid and only had his father. Her body had been badly burned. I filmed him the day he went to the hospital. In England, when people saw the report, they were very touched and mobilized to help it. The family finally managed to escape and they are now in Antioch. “.