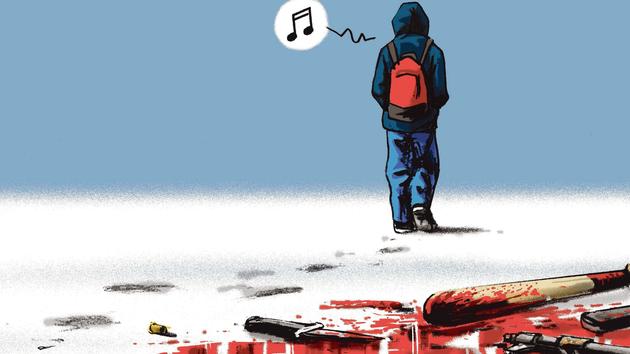 PSYCHOLOGY – Faced with attacks or violent news items, they sometimes display a nonchalance that some find worrying. Is right?

Stéphanie is still flabbergasted. Upon discovering the news of the assassination of Samuel Paty, a history and geography teacher beheaded in the middle of the street in Conflans-Sainte-Honorine (Yvelines) by an Islamist of Chechen origin, his 15-year-old son told him: “It’s not so bad. And then, he looked for it. ” “I admit that I yelled at him, she testifies. I was extremely shocked, it was as if, for him, terrorism was normalizing. I cannot let go of the “yes but” and the relativism. He tends to be very provocative, I was afraid he would behave badly during the tribute. ” Others shrug their shoulders when they hear about Alisha, a schoolgirl who was harassed and then drowned in Argenteuil after being hit and thrown into the water by two of her “comrades”. Or make fun of various facts involving groups of teenagers sometimes very young.

Faced with the repetition of acts of terrorism and violent various facts, our teenagers, who were around ten years old during the