The decline of bird populations in France continues 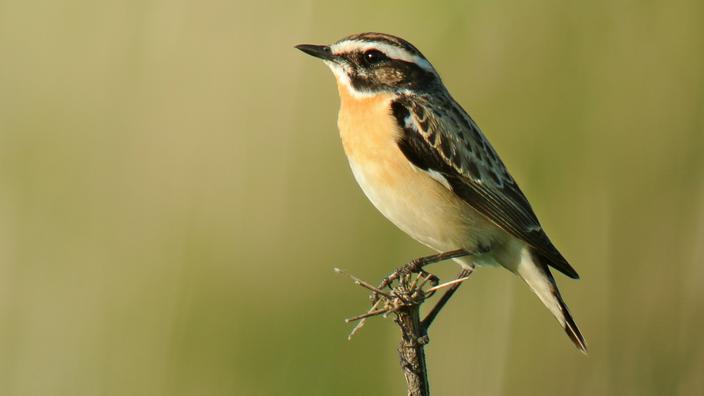 The decline of bird populations in France continues

Bird counts organized for 30 years show that some species have experienced a decline of up to minus 30%.

While the French had marveled at the “great return of nature” during the first confinement, it would seem that this sudden animal abundance, in the cities especially, was only an optical effect. The birds have only reinvested the deserted areas of human activity … The end of this big break even prevented the reproduction of certain species, again disturbed by the incessant urban swarming.

The National Museum of Natural History reviewed the results of its Stoc bird counting program at the end of May, carried out in partnership with the French Biodiversity Office (OFB) and the Bird Protection League (LPO). And the latest data from this program, created in 1989, is still worrying. The decline is almost generalized, and some species very affected, such as the skylark and the gray partridge have even lost nearly 30% of their population in three decades! “The decline is only increasing”, confirms the specialist and CNRS researcher Vincent Bretagnolle.

Read also :Birds are disappearing from the French countryside

The Stoc program brings together specialist ornithologists and enthusiasts, all volunteers, who twice a year go to an area drawn by lot within a 10km perimeter around their home, to count the birds seen or heard. Thanks to a sufficient number of volunteers, Benoît Fontaine, coordinator of the Stoc program and member of the Ecology Center for Conservation Sciences at the Museum, believes that he is obtaining reliable results. This national count, as well as more local studies, such as the one led by Vincent Bretagnolle in Deux-Sèvres, point in the same direction: we must act, and quickly to halt the decline.

City birds are suffering from the ever increasing artificialization of urban environments; but the most worrying situation remains that of species in agricultural environments, say specialists. The latter have a very low capacity to adapt, and are vulnerable as soon as their living conditions deteriorate. However, the intensive farming system that prevails in France affects both their habitat and their food resources. For example, the recently renewed authorization for the use of neonicotinoids, the most widely used insecticides in the world, is making matters worse. They deprive birds of one of their major food sources, insects, while affecting their health.

The meadowsweet, emblematic species of the program, has lost 60% of its population since 2001. It is notably the victim of the disappearance of the hedges of large monoculture plots, in which it can no longer establish a home.

While the new common agricultural policy of the European Union (CAP) should take into account this threat to biodiversity, scientists are very skeptical about the negotiations in progress. “The first elements tend to suggest that the green deal will not be there for the issue of biodiversity in agricultural environments ”, confides Vincent Bretagnolle to the Figaro. Especially since this policy, which was to be applied from this year, has been postponed to 2023.

For the French researcher, sounding the alarm is no longer enough. We must move towards a lasting solution, educate the population. It is with this in mind that he is attempting an experiment on a local scale, in a study area of ​​500km2 and 30,000 inhabitants in Deux-Sèvres. The aim is to change food consumption habits by encouraging organic farming. A more respectful agriculture would make it possible to partially restore the living environment of endangered bird species.

We are faced with a “complex equation”, recognizes Benoît Fontaine. It would be necessary to be able to take into account the demands of farmers, the food needs of the populations, while respecting the animal population. We can not only impose restrictive measures, continues the coordinator of Stoc, and a “policy of small steps” will not be enough. The stake requires a global, national policy.

A vulture mowed down by a wind turbine

The death of Angèle, the bearded vulture reintroduced to Drôme more than a year ago, is more than a symbol. This vulture was killed a few days ago by a wind turbine blade … Wind power and biodiversity policies, environmental measures that sometimes come into conflict. Is it bad for good? Vincent Bretagnolle, like many specialists, insists that “The decline of birds is not due to wind turbines”. Faced with the “unbridled” policy of the Minister of Ecology Barbara Pompili, he called for “wind power planning”. Priority should be given to installing them in places already deserted by birds, such as at the edge of highways or high-speed lines. If areas with major energy efficiency are also crucial areas for biodiversity, there will be a real conflict.