The Hôtel de la Marine is reborn as a palace 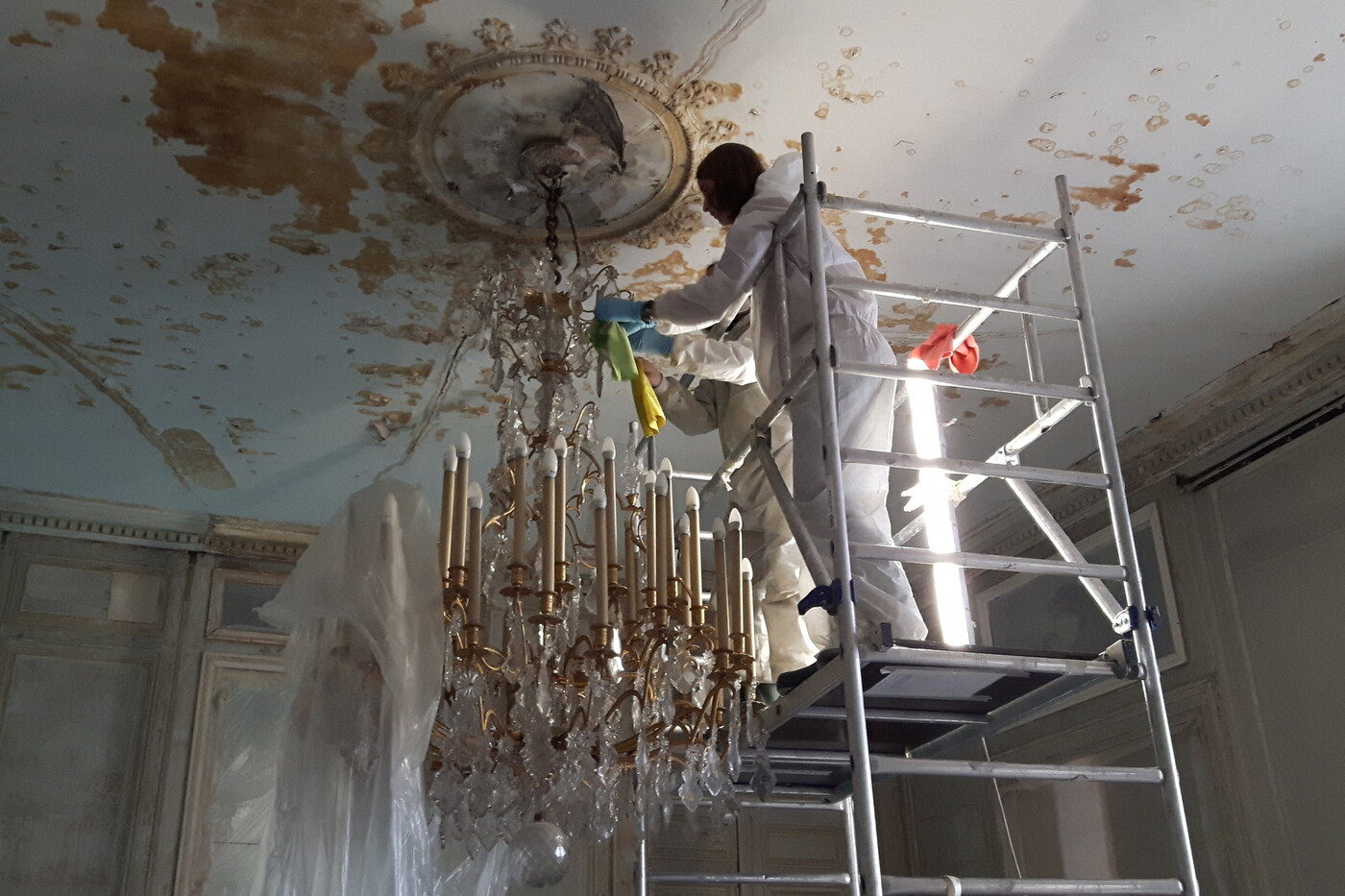 The Hôtel de la Marine is reborn as a palace

The opening of the Hôtel de la Marine, place de la Concorde in Paris, will be the heritage event of the spring. On site, workers, upholsterers, painters and gilders are still working hard, but the site has entered its home stretch. During April, if sanitary conditions allow, the public will be able to admire this 18th century setting.e century, hidden from view for more than two centuries.

→ THE FACTS. The Hôtel de la Marine ready to open in April

Designed by Ange-Jacques Gabriel, Louis XV’s first architect, from 1765 the monument housed the Crown Furniture Repository, an institution responsible for the king’s furniture and its maintenance. After the Revolution, it was occupied by the naval staff until its move in 2015. “Our luck was the continuity of occupation of the premises. The Navy painted everything several times, without destroying anything, recalls Delphine Christophe, director of collections at the Center des monuments nationaux (CMN), which manages the premises. Here we have sets of the same level as those of Versailles, but smaller and in the heart of Paris. “

The first floor, including the 19th century ceremonial loungese century restored ten years ago, did not require any major intervention, but the apartments of the intendant of the Garde-Meuble, on the second floor, were to be rediscovered under the layers of paint. “Pierre-Élisabeth de Fontanieu, the first occupant of the premises, came from a dynasty of stewards, close to the monarch. He has furnished apartments of exquisite taste ”, notes Jocelyn Bouraly, administrator of the Hôtel de la Marine. The marquetry parquet of the large office, the ram’s-headed fireplaces in the corner lounge or the mirror cabinet, with its decoration of flowers and women, bear witness to this magnificence.

Back to the XVIIIe century

The yard has made every effort to return to the original state. “After studies, it was found that 80% of the original paintings of the stewards’ apartments could be recovered, details Delphine Christophe. Usually, we restore by determining, after surveys, which layer of paint we want to find, then we repaint the whole. There, we unearthed the original paintings to present them to the public, with minimal reinterpretations.. “

This ambitious bias determined the rest of the restitution project. For the decoration, no question of making swear new fabrics with paneling and patinated gilding. “We tried to find 18th century fabricse century and, when it was not possible, we favored what approached it thanks to the inventories, by reweaving fabrics to which we gave an aged, worn appearance ”, emphasizes Joseph Achkar, interior designer.

Two inventories of 1784 and 1786, detailing the decoration of the rooms, allowed this journey through time, but it was also necessary to interpret their silences. As for the large wall silks in the dining room, signed by the painter Alexis Peyrotte, of which no drawing remained. “I leaned against the description in the inventory, which mentioned flowers and ribbons, then I found works by Peyrotte in New York and at the Château de Fontainebleau, traces Nicolas Reese, painter decorator, in charge of the order. I have combined these elements into a bouquet, but each flower comes from a drawing by Peyrotte. “

For fabrics, the luxury house Tassinari & Chatel, heirs to the Lyonnais canuts and renowned for its know-how for more than three centuries, was called upon. The dressing of the room of Thierry de Ville d’Avray, second tenant of the premises, required reweaving 300 meters of fabric, recreated from the archives of the company. For Madame’s bedroom, we had to find a green 18th century brocatellee, an unknown know-how. For that of Fontanieu, a crimson damask …

After these treasure hunts, an unusual job awaited the craftsmen: to restore the wear and tear of time to new fabrics. Nicolas Reese worked “A bit like a forger”, passing his silks in the washing machine “To burn them a little”, using black tea to make discreet halos. “This is not what our customers ask us, who want a fabric without a defect, smiles Carole Damour, heritage manager at Tassinari & Chatel. We have succeeded in giving the fabrics a worn look, leaving warp or weft threads missing, as if they had broken. “

Through the tarpaulins and behind the stepladders, what already appears from this collective work seems very promising. “Our concern was to preserve the poetry of the place and to restore the vision of the taste of the XVIIIe century “, promises Joseph Achkar. The visitor will be able to judge the result within a few weeks …

Over 250 years of history

1765. The Hotel is assigned to the Furniture Repository.

1789. The Ministry of the Navy settles down. It occupied all of the premises from 1806.

2007. Decision to relocate the naval staff.

2009. Privatization projects arouse controversy and the mobilization of heritage circles.

2011. Nicolas Sarkozy, then president, entrusted the fate of the monument to a commission, chaired by Valéry Giscard d’Estaing. It decides to keep the Hôtel de la Marine in the public domain and to entrust it to the Center des monuments nationaux (CMN).

2017. Beginning of the restoration project.