A motor show, for real! Vue d’Europe, Auto Shanghai 2021, which opens its doors this Wednesday, April 21 in the Chinese economic capital, is a real madeleine of Proust. It reminds us of the pre-Covid time, when we went to Porte de Versailles, both excited and exhausted in advance, to visit the Paris Motor Show (canceled last fall), where the he effervescence, kitsch and glitz typical of trade shows, the essential (especially in terms of road safety) and the superfluous (the madness of “options”) came together in a joyous mess. Fans even evoke nostalgia for noise and engines… While waiting for a hypothetical show in France, here are 4 things to know about the car in China

Last October, China had already acted as an exception with Auto China, the Beijing show which is held every other year, alternating with that of Shanghai. Usually scheduled for April, it was simply pushed back to the fall. And yes, as the second confinement loomed in France, more than 500,000 visitors flocked to Beijing International Automotive Exhibition…

Thousands of visitors to the Beijing International Automotive Exhibition in Beijing, October 2, 2020.

The first country affected by Covid-19, the “Chinese virus” as Donald Trump said, seems to be under control in his country of origin. The “face-to-face” opening of the Shanghai auto show – the largest in the country with nearly a million visitors in 2019 – is a symbol of this.

In 2009, China became the world’s largest automobile market. And since then, each year, it is still where the most passenger cars are sold in the world: more than 20 million in 2020!

On Chinese roads, there are 200 million. This country, which has nearly 1.4 billion inhabitants, is, however, still under-equipped. By comparison, in France, nearly 40 million cars are in circulation.It is therefore a crazy race that attracts the big manufacturers, including those who desert the other international shows. Thus the Volkswagen brand, absent from the Paris Motor Show in 2018 (and in 2020 if it had not been canceled) is present in Shanghai, associated with the Chinese brand SAIC. In all for his 19 e

edition (the first show was held in 1985), Auto Shanghai welcomes a thousand exhibitors spread over the 360,000 square meters (against 217,000 in Paris) of the 12 exhibition pavilions. 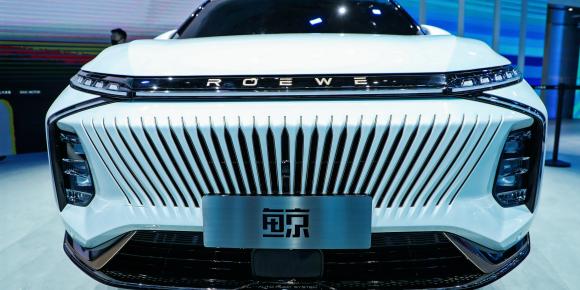 La Baleine, a new SUV from Roewe, a brand of SAIC, the leading Chinese manufacturer.

La Baleine, a new SUV from Roewe, a brand of SAIC, the leading Chinese manufacturer.

Others sound very Chinese like Xpeng, still others seem international like Faw or SAIC. These two, however, are pure products of the industrial ambitions of the country’s Communist Party. Launched in 1953, Faw (for First Automobile Work) is the pioneer and today the third Chinese manufacturer. This state-owned company manufactures the famous Hongqi – the executive limousine – and luxury cars.

As for SAIC – the first Chinese manufacturer (150,000 employees) – it produces cars – in particular SUVs – under this name but also, among others, under the Roewe brand, a name largely inspired by Rover, a brand that disappeared in 2005. SAIC is also owner of MG, the English brand of sports cars. Between Faw and SAIC, Dongfeng (East Wind in Chinese), founded in 1968 by Mao, is the second largest builder in the country. SAIC, Dongfeng and Faw, let’s not forget these three names … 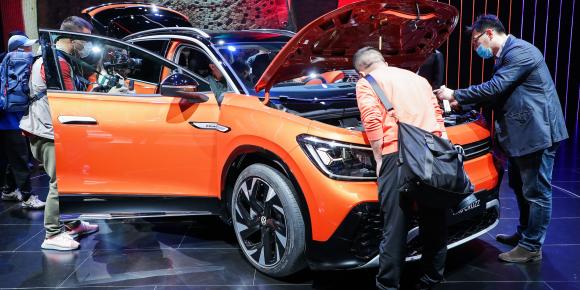 Ditto for the Toyota Crown Kluger. Other cars, however, presented in world premieres in China will be accessible, provided they have the means, such as the Mercedes-Benz EQS. As for the Citroën C5X, a rather successful sedan available next fall, it will be Made in China, because the bulk of its buyers will not be in France but in China …

according to the China Association of Automobile Manufacturers (CAAM).

DIRECT. Foot: follow the press conference of Kylian Mbappé and Nasser al-Khelaïfi after the extension of the French striker at PSG

Does artificial tanning prepare the skin for the sun?