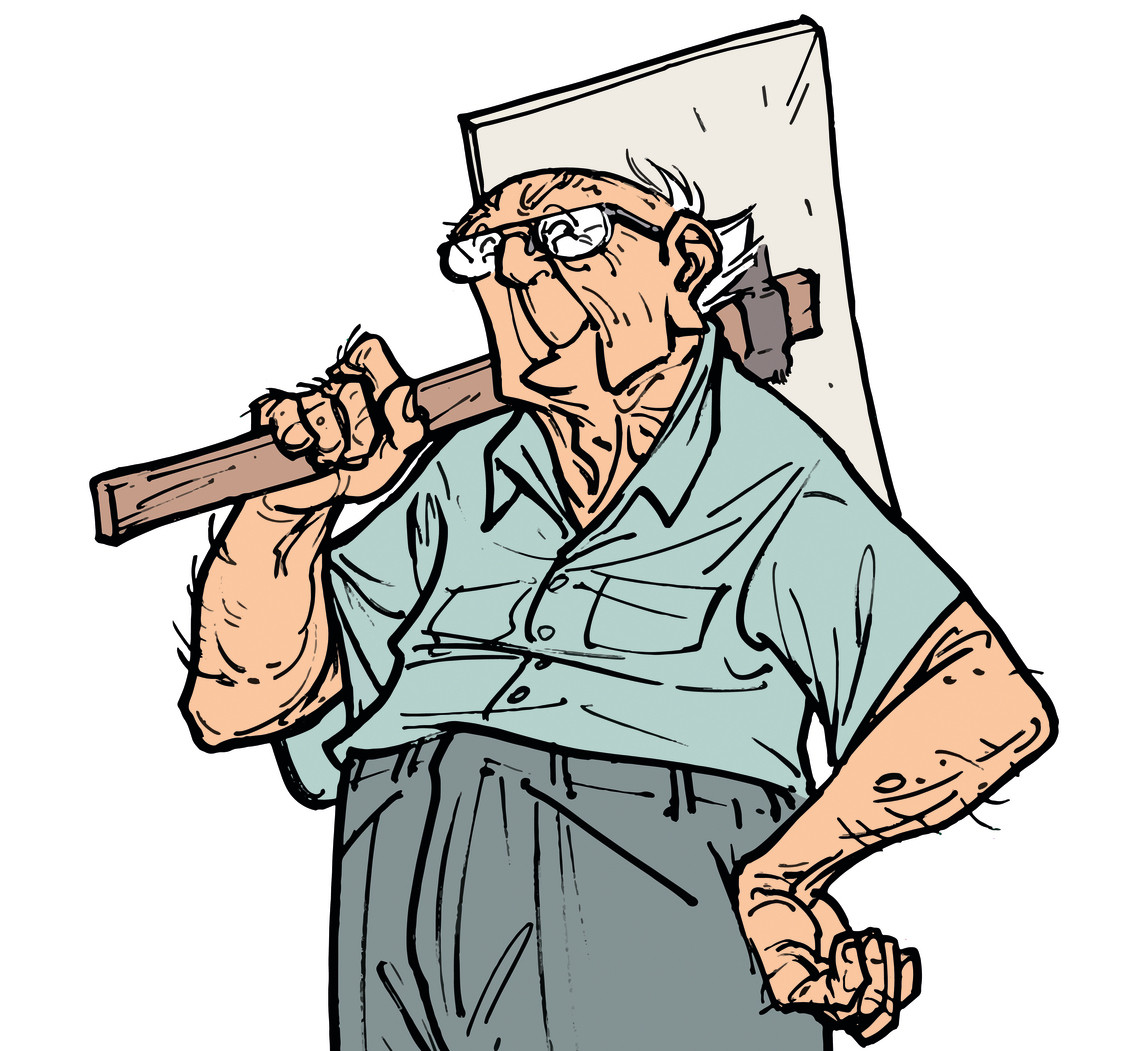 Under the white bubbles, gray hair. Today, being a comic book hero is no longer the preserve of young people. The Old Furnaces (W. Lupano, P. Cauuet), The Lords (H. Richez, Sti and Juan), At the corner of a wrinkle (T. Lambert), Second part of career (P. Périé, J.-P. Peyraud)… The list of recent publications is long. And the evocative titles.

For a long time, however, the third age was represented by secondary characters – one thinks of the grandfather of Cedric (R. Cauvin, Laudec), sunk in his sofa, or that of the Little Spirou (P. Tome, Janry), infantilized by his daughter and son-in-law. He now claims his independence.

The immense success of Old Furnaces, the story of three rebellious septuagenarians, shows that it is not essential to be young and dashing to make a good hero. Since the release of the first volume in 2014, the series has been among the bestsellers in bookstores. With the arrival of the sixth volume The blocked ear, published on November 5, it has just exceeded 2 million copies sold. A great deal for the Dargaud publishing house, which did not expect such a stir.

“The editors were even very cautious at first about putting old people on the cover. And they didn’t want the word “old” to appear big in the title… », Confided the screenwriter Wilfrid Lupano to The cross in 2018.

Today, wrinkles no longer scare anyone. “The success of Old Furnaces undeniably uninhibited the authors “, believes Hervé Richez, editorial director at Bamboo Éditions and author of Lords, a comedy series set in a cooperative retirement home. “We receive many more manuscripts that revolve around this theme. However, it is not an easy subject to draw. “Old people” do not always inspire designers, it can even be a barrier. “

To explain this aging of heroes, and the success that accompanies it, sociologist Serge Guérin points out “The link with the advancing age of the readership”. According to this specialist in issues related to the third age, “We arrive at a generation that has been ” infused ” with comics a lot. Pilot, The Journal of Tintin… When we discovered it at 10 years old, we still read it at 70 years old. “

In parallel with this slow evolution of the public, the representation of the elderly in comics has also gradually changed. With soft steps, first, in the years 1950-1960, at a time when the heroes were almost exclusively young or even very young characters. In this very juvenile landscape, Caution Petitpas is therefore an exception.

Always flanked by her umbrella and her cat Stanislas, this intrepid old lady appears for the first time in 1957, in Tintin’s Journal. “She’s the first comic book heroine of that age. There were many elderly protagonists, especially in Hergé, but they were secondary characters, and all that remained very anecdotal ”, emphasizes Patrick Gaumer, comic strip historian (1).

“It was not until the 1970s to finally see the arrival of other elders as the main characters. The Old Blue (R. Cauvin, F. Walthéry, 1974), for example, is a series that hit the mark in Belgium and the north of France », Traces the historian. This one features a carrier pigeon and its master, old Jules. Thick white mustaches, beret on his head and heavy hooves on his feet, this inveterate pigeon fancier was directly inspired by the grandfather of the Liège designer François Walthéry.

The year 1981 marks a turning point, with the simultaneous appearance, in Icy fluid, of the subversive Cushy pervert of Gotlib and the abject Carmen Vintage imagined by Jean-Marc Lelong. ” With these portraits of senile or cantankerous old men, the trend is shifting towards caricature. », Under the influence of the counter-culture of the 1970s, contextualizes Patrick Gaumer.

It was not until the 1990s, and especially 2000, that a more tender and colorful vision of the third age emerges. Mamette, created by Nob in 2006, thus highlights a young retiree, rather modern and young in spirit despite her advanced age. “A superb series aimed at children and grandparents alike”, considers the historian.

“We then leave the caricature to tell real life, with subjects such as sexuality and illness. ” The success of Small streams by Pascal Rabaté, released the same year – a graphic novel on old age and desire – testifies to this change in perception. The stories are thus made more biographical and closer to reality.

“The look has changed, analyzes sociologist Serge Guérin. And the Old Furnaces are the last click. “ In the background, it is the anguish of aging that they evacuate with a earthy spirit and bubbling characters. “People meet there: old people who do not have their laws dictated, it is a thesis that is good for many people., concludes Serge Guérin. The reason for this success is precisely that it’s anything but an old man’s comic book. “