“The painter and the thief”, on Arte, the greeting of friendship 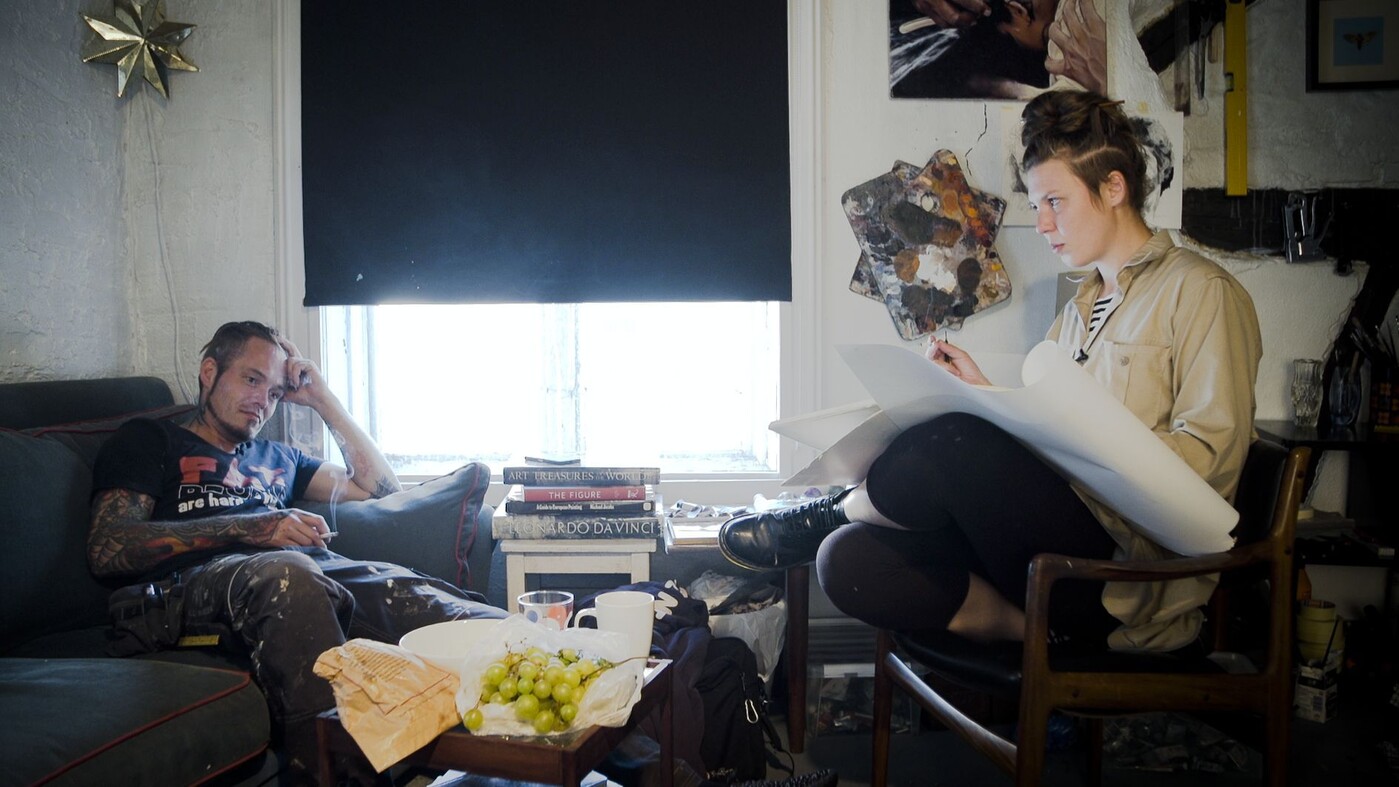 “The painter and the thief”, on Arte, the greeting of friendship

The painter and the thief

When she finds herself facing Bertil, the man who stole two of her paintings from a gallery in Oslo, Barbora Kysilkova sends her this strange request: she wishes to see him again outside the court to paint his portrait. The young man accepts and some time later, in his studio, while she sketches the features of this face emaciated by drugs, he begins to tell her about his life.

From this improbable meeting will be born a deep friendship captured in all its deployments and twists over the years, by the camera of Benjamin Ree. From the images of this intimate follow-up, relatively enigmatic in his process, the director has composed a fascinating documentary, where trouble and emotion blend closely.

The painter and the thief, awarded at the 2020 Sundance Festival and selected for the 2021 Oscars, is distinguished by the originality of a montage that alternates points of view and plays the surprise. In addition to its impressionist aesthetic, which contrasts with the realism of Barbora’s painting, this documentary draws its strength from the beauty of its protagonists. Two souls wounded by chaotic journeys which in tandem form a digest of humanity.

Many themes run through this film of rare density. The question of forgiveness is of course in the background with these untraceable canvases, whose fate was lost in the memory of Bertil, pierced by drugs. The painter and the thief also explores the springs of the reconstruction of human beings, of this formidable capacity of humans to free themselves from the weight of past acts, on condition that they are given this chance, to offer themselves a new chance.

“ I think in other circumstances Bertil might have been happy, said Barbora, convinced that he ” could have been Prime Minister of Norway. »A tribute to the dent in life and to the power of friendship, The painter and the thief is also an ode to the infinite resources of art, cement of links and incomparable balm.