Leaving Paris, finally! After a painful spring under the sign of the coronavirus, Catherine and Karim, traders in the capital, and their daughters took the vacation road, towards Berry. By leaving the capital and crossing part of France by car, the little family felt safe from this damn Covid-19, without polluting the towns crossed. Why ? Because they drive a hybrid.

A little flashback: The Kyoto protocol, which aims to reduce greenhouse gas emissions, was signed in 1997 (1). In the process, the Japanese Toyota launched the Prius, the first production hybrid car. The technique is old but until then confidential. The vehicle is equipped with a so-called “regenerative” braking mode, which recovers during braking – or deceleration – kinetic energy (that of the car in motion) and transforms it into electrical energy. This electricity is stored in a battery and powers an electric motor coupled to the heat engine. The car then consumes less fuel and therefore pollutes less. For a few kilometers and at low speed, it can even run 100% electric and no longer pollutes at all.

The 2nd generation Prius released in 2004 (the first sold in France) is the one that Catherine and Karim bought in 2006. “The little one has asthma, so we were already aware of the issue of the environment, says Catherine, and then in use, when you drive a lot in town, this car has proven to be really interesting, economically. “ Fourteen years and 300,000 kilometers later, the couple wants to change vehicle, without a priori brand but with one certainty: it will also be a hybrid. “The silence when starting and idling is really pleasant, she continues, and the gasoline budget in town very reasonable. “

According to a study by the Statista institute carried out in 2018, for 54% of French people, most vehicles will run with electric or hybrid motors in the near future. And, while waiting to have resolved the question of the autonomy of electric cars – with a good network of terminals, a reasonable duration and cost of recharging – hybrids will have the wind in their sails.

And then there will undoubtedly be a “coronavirus effect”. The epidemic has nothing to do with pollution. On the other hand, she underlines how the ecologists, who sound the alarm bells for decades, are right. Finally, after years of individualism, the general interest will regain its place. In this sense, driving in the city with a polluting car will be less and less acceptable. And accepted.

Already, since last year, old diesels are banned in Paris and utilities of this type in Strasbourg and Grenoble. Other large cities (Marseille, Nice, Toulouse, etc.) are setting up low emission zones (ZFE) which will also ban them. Finally in 2025, no diesel will be able to run in Paris. In 2030, it will be the turn of essences.

Faced with these screwdrivers, the offer of hybrids is fortunately bloated. All manufacturers offer several models, from entry-level mini-city cars to limousines, including all types of SUVs. Most of these models are classic hybrids (full hybrid in English), others light hybrids (mild hybrid), or rechargeable ones (plug-in). 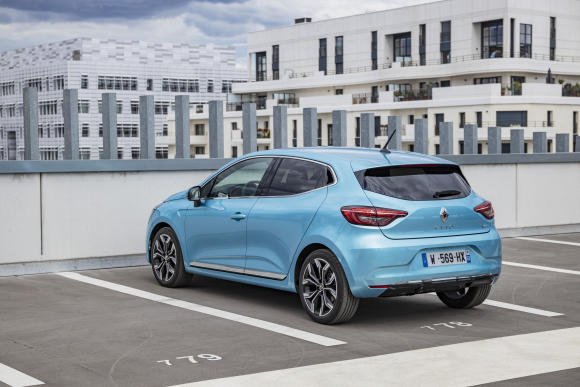 With a light hybrid, a small electric motor powers an alternator-starter which supports the heat engine. Starting is then smoother and fuel consumption a little reduced (0.5 l / km on average). Ultimately, all thermal cars will be micro-hybridized. Already, there are city cars like the Suzuki Swift, the Fiat 500…, compact SUVs like the Ford Puma, the Volvo XC60…, sedans like the Mercedes S-Class… And last but not least, Volkswagen’s compact star, understand the Golf, 8th generation.

If you really want to taste the benefits of the hybrid, it is better to bet on a classic. The forerunner Toyota and its premium Lexus brand remain the market leaders with the Prius – the fourth generation of which was released in 2016 – but also the Yaris, the Corolla… and the 10 Lexus models. “The craze for the ‘full hybrid’ has accelerated in recent months”, notes Ludovic Billiet, Marketing Director of Toyota France, because this technology is establishing itself as an alternative to thermal engines. “

Other manufacturers have followed suit, such as Suzuki with the Swift or Hyundai with the Kona. On the French side, Renault is launching the hybrid version of the Clio this summer, the best-selling car in France. With the diamond brand announcing up to 80% electric driving in the city, the Yaris had better watch out, just like the Honda Jazz 4 and the Kia Niro. But the manufacturer – which benefits from a long experience of electric motors thanks to the ZOE, the best-selling electric car in France – is also offering a plug-in hybrid model, the Mégane E-Tech Plug-in, this summer.

The PSA group has made another choice. It ignores the full hybrid to focus on the plug-in. Alongside electric models (Ami, e-208, etc.), its brands indeed offer plug-in hybrid versions of large models, Citroën C5 Aircross SUVs, Opel Grandland X and Peugeot 3008, DS9 E-Tense, Peugeot 508 and its station wagon version the 508 SW.

The German manufacturers made the same choice, Mercedes-Benz with its EQ Power range, BMW with the 225xe Active Tourer and its X1, X3 and X5 SUVs. Ditto in the Volkswagen group with the Passat, the Audi A3, A6, A7 and A8 and for its Czech brand Skoda the Superb iV. By the way, remember that some cars exist in several types of hybridization, such as the Toyota RAV4 (full and plug-in) and the Golf (mild and plug-in).

Disadvantage of plug-in : their price is higher. Advantages: those of full hybrid and a little those of the electric, less the disadvantages. Indeed, like conventional hybrids, their battery is recharged thanks to regenerative braking, but also like an electric one by plugging into an external socket. In the end, they can drive 20 km at 70 km / h in electric, with a top speed of around 120 km / h, then switch to thermal. “The rechargeable hybrid is electricity on a daily basis and thermal to go further”, summarizes Yvane Lendresse, Peugeot hybrid product manager. “I loved my 3008, says Patrick, doctor in Bordeaux, but it was a diesel, I was a little ashamed. “ Announced on June 1, the government bonus of 2,000 euros for the purchase of a plug-in hybrid decided him to change. He kept the same model, but chose the version plug-in. Her children, who think about the planet, are quite happy. And he is happy behind the wheel.

(1) The Kyoto Protocol entered into force in 2005. Canada withdrew from it in 2011. The United States has never ratified it.

After a fall of almost 10% last year, unemployment is back to its level at the end of 2011