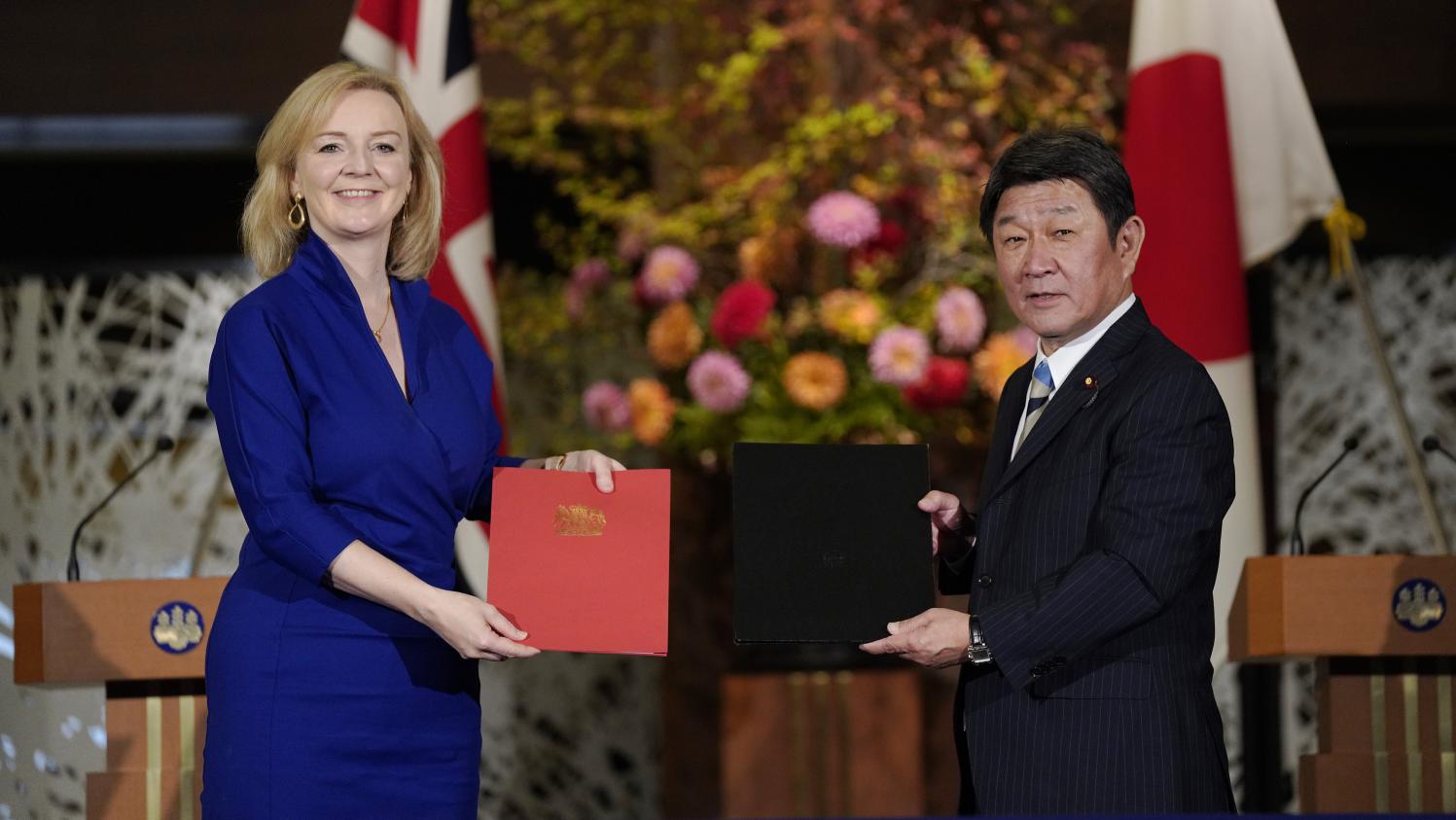 This agreement, which is due to enter into force on January 1, largely reproduces the already existing EU-Japan agreement. It covers sectors ranging from textiles to new technologies, including cheese and auto parts.

A first, at a time when intense negotiations are continuing between the British and Europeans. The United Kingdom and Japan signed a bilateral trade agreement on Friday 23 October in Tokyo (Japan), the first major post-Brexit treaty for London.

This agreement, which was announced on September 11 in London (United Kingdom), largely reproduces the agreement that already exists between the EU and Japan, but which will no longer apply to the United Kingdom from January 1st. The new treaty covers sectors ranging from textiles to new technologies, including cheese and auto parts. In the eyes of London, this text will increase trade with Japan by 15.2 billion pounds sterling (16.8 billion euros at the current rate).

The agreement will enter into force on January 1, when the transition period with the European Union ends. The Japanese parliament has yet to ratify the deal by the end of the year.

In a press release published ahead of the signing, London did not fail to underline the advantages of the agreement with Tokyo over past arrangements with the EU, clearly for domestic policy purposes. “Shaped by Great Britain”, he will “beyond the agreement with the EU” and guarantees “tailored benefits for British citizens and business people”, according to the press release. It also secures major gains “which would be impossible with membership of the EU”, London insisted again.

Finally, it paves the way for the United Kingdom to “closer ties” with 11 other countries, under the Trans-Pacific Trade Treaty.

Trade between the UK and Japan was worth more than £ 30 billion last year, the UK government said. However, this is very little compared to trade between London and the EU (nearly 700 billion pounds in 2019).