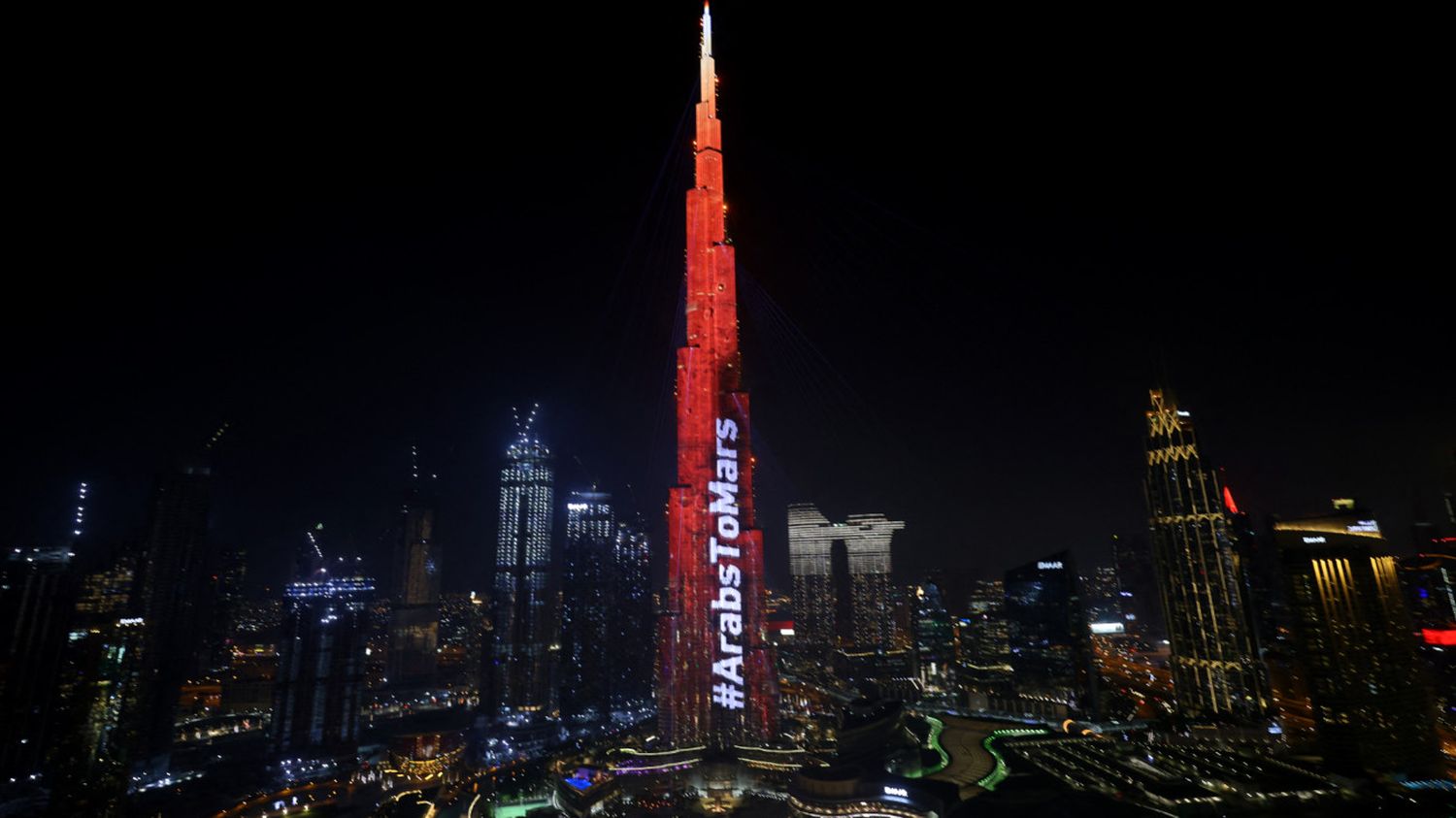 In addition to consolidating their status as a key regional actor, the country wants the project to serve as a source of inspiration for Arab youth.

It is the first Arab country to reach the red planet. The United Arab Emirates succeeded in placing their “Hope” probe around the orbit of Mars on Tuesday February 9th. “To the people of the United Arab Emirates, the Arab and Muslim nations, we announce the successful entry into orbit around Mars. Praise be to God.”, said Omran Charaf, the mission’s project manager. Live from the space center in Dubai, he expressed his relief like the engineers present.

The orbiting of “Hope” (“Amal” in Arabic, “Hope” in French) around Mars coincides with the 50th anniversary in 2021 of the unification of the seven emirates into the federation of the United Arab Emirates. This is why all the monuments in the country are illuminated in red at night.

“Hope” began a 27-minute maneuver at 4:30 p.m. KST, slowing down enough to be pulled by Martian gravity, the most difficult part of the mission, officials said. The probe turned and ignited its six powerful thrusters to slow its speed from 121,000 km / h to about 18,000 km / h.

While the probe is designed to provide a full picture of the planet’s weather dynamics, it is also a step towards a much more ambitious goal: the establishment of a human colony on Mars within 100 years. The probe is the first of three spacecraft ready to reach Mars in February. However, “Hope” will not land on the Red Planet, unlike the Chinese Tianwen-1 and American Mars 2020 missions.