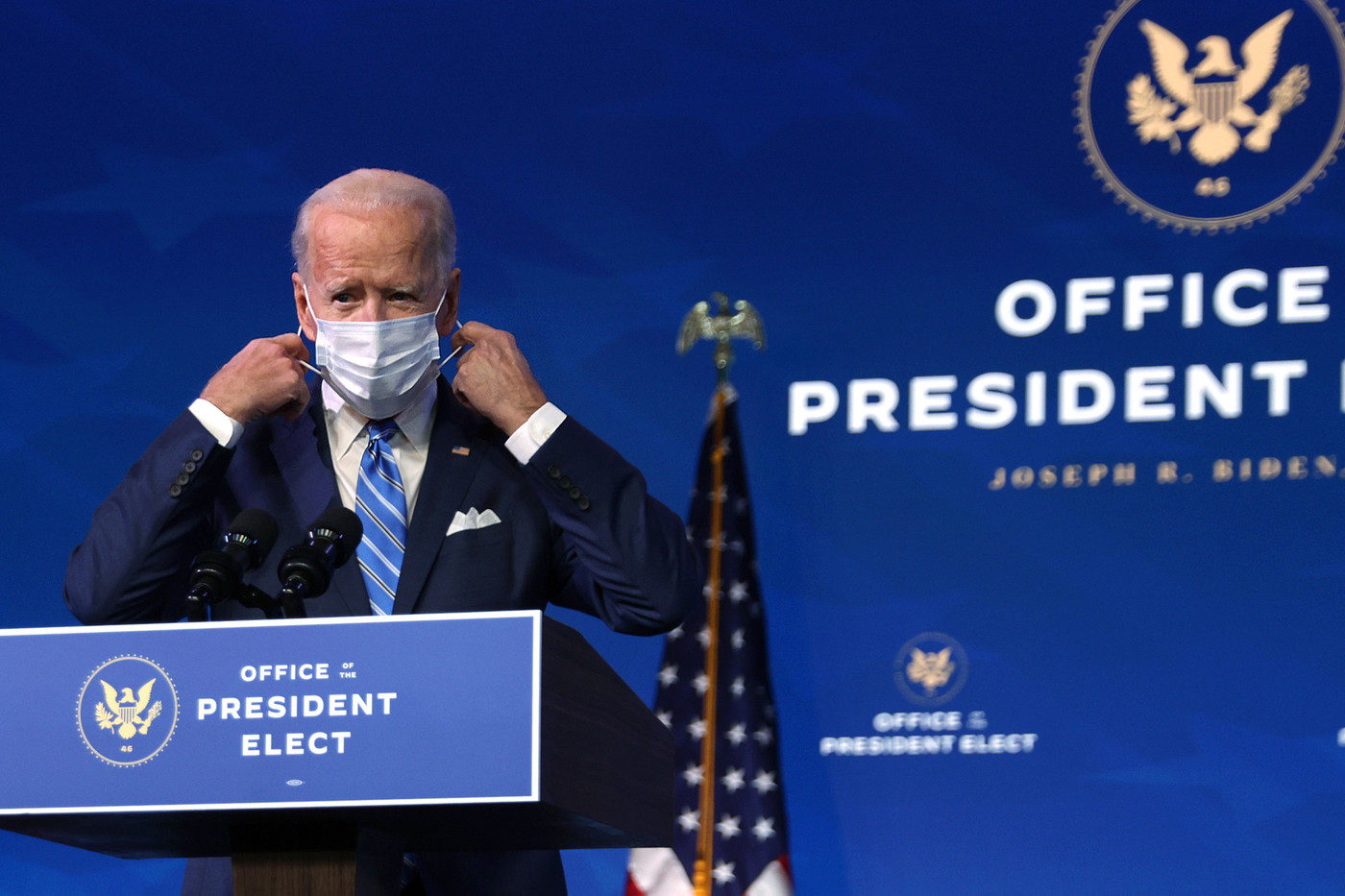 Joe Biden unveiled Thursday, January 14 a new emergency stimulus package of 1.9 trillion dollars, supposed to get the United States out of its worst crisis since the 1930s, and which will be followed in the coming weeks by a plan to investments to revive the economy. Faced with the scale of the economic crisis, “We cannot afford to stand idly by”, defended Joe Biden Thursday evening, by presenting, from his stronghold of Wilmington, Delaware, this package of help, baptized ” backup plan “.

Checks to families, funds to reopen schools, money to speed up tests and vaccines, cash for small businesses, or even more food aid: the measures must respond to the emergency, and prevent the country from sinking further into the crisis. This will be followed by an investment plan in the green economy, the outlines of which will be defined in the coming weeks. It will then be a question of creating the “Millions” manufacturing jobs “Well paid”. Joe Biden has therefore taken over the “Made in America” dear to Donald Trump.

“Imagine a future: made in America, made entirely in America and entirely by Americans”, he said, stressing that taxpayers’ money will be used to “Rebuild America”. “We will buy American products, supporting millions of American industrial jobs”, he said.

In the meantime, we will have to convince elected officials of Congress to release the $ 1.9 trillion from the emergency plan. “The return on investment in jobs, racial equality, will prevent economic damage in the long term”, assured Joe Biden, anticipating criticism of the country’s growing debt. “The benefits will be much greater than the cost” of this plan, he added.

Republicans are in fact likely to oppose it because they recently praised the virtues of budgetary orthodoxy after having yet voted in the spring for an aid plan of $ 2.2 trillion wanted by Republican President Donald Trump.

Democratic officials from both chambers have assured them of their support: “We will get down to work right away to transform into legislation, which will be adopted by both houses and ratified into law, the vision of President-elect Biden”, reacted Chuck Schumer and Nancy Pelosi in a joint statement. The text provides that Americans receive a new check of $ 1,400 per person based on income.

The $ 900 billion package adopted in December, seen as a ” advance payment “ by Joe Biden, had allowed them to put 600 dollars in their pocket. But the Democrats, in an unusual deal with Donald Trump, demanded $ 2,000.

While 18 million Americans still live on unemployment benefits, aid will be extended until the end of September as well as the possibility of taking paid sick leave in the event of contamination with Covid-19. Extension of the suspension of rental evictions and foreclosures until the end of September, or even more food aid, also appear in this text.

Speed ​​up vaccination and reopen schools

Joe Biden also wants to speed up the pace of tests and vaccinations against Covid-19, to allow activity to resume. Reopening schools, still largely closed in the United States or attended only part-time by students, is also a priority. The president-elect also hopes to pass the increase in the minimum wage to $ 15 an hour, more than double the current $ 7.25.

→ PORTRAIT. Janet Yellen, a progressive to pull the United States out of the recession

An envelope is planned to allow local and national authorities to maintain the employment of educators, police, firefighters and public health workers. This latest measure risks arousing the ire of Republicans in the Senate, who had blocked at the end of 2020 any economic support plan including funds for municipalities.

The tax hike, planned in his campaign program, for the country’s largest businesses and people earning more than $ 400,000 a year, was not mentioned, however.