Vendée Globe: “At no time did I doubt that I would be found”: Kevin Escoffier recounts his 12 hours on his raft, after its sinking 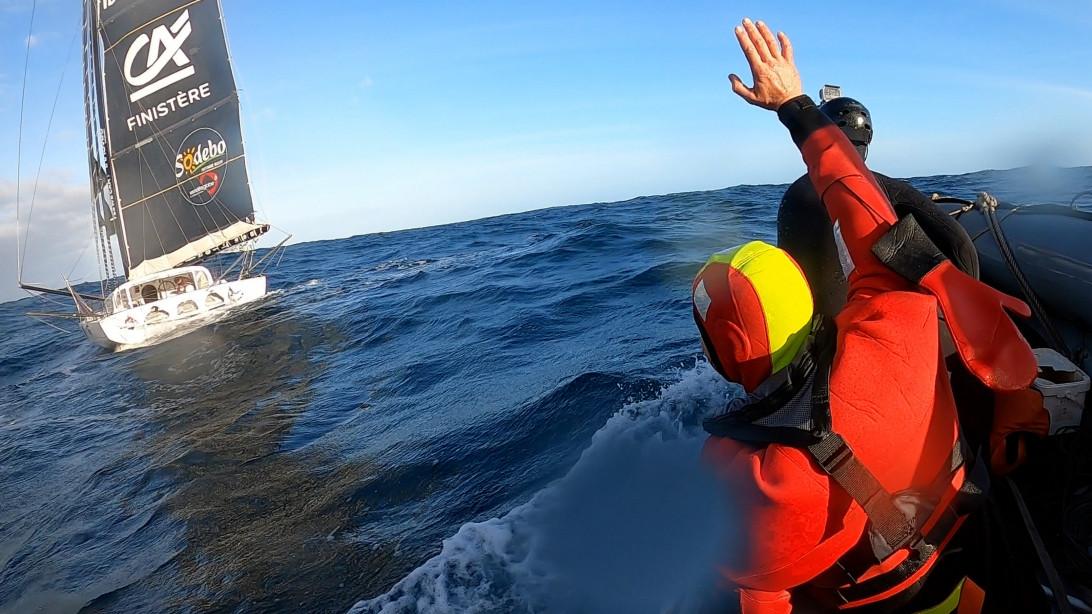 Vendée Globe: “At no time did I doubt that I would be found”: Kevin Escoffier recounts his 12 hours on his raft, after its sinking

The castaway Kevin Escoffier returned Sunday, December 6 to the antenna of franceinfo on the hours which followed his sinking, off the Indian Ocean, Monday, November 30.

“The water rose so quickly that I could not take the grab bag in which I had all my means of communication and rescue and I ended up on the raft with only two beacons”, says the skipper who was drafted by Jean le Cam 12 hours later. “It did me good to chat with him “, says Kevin Escoffier. After a few days of cohabitation with his savior, Kevin Escoffier was recovered last night by a French Navy frigate Nivose . “The PRB skipper first jumped into the water before being recovered aboard a French Navy semi-rigid (…) then was greeted by the Nivôse crew“, specifies the Escoffier team.

“Kisses my quail, thank you! “

A lot of emotion for Kevin when leaving @JeanLecam to jump into the water and join the semi-rigid of the @Navy.