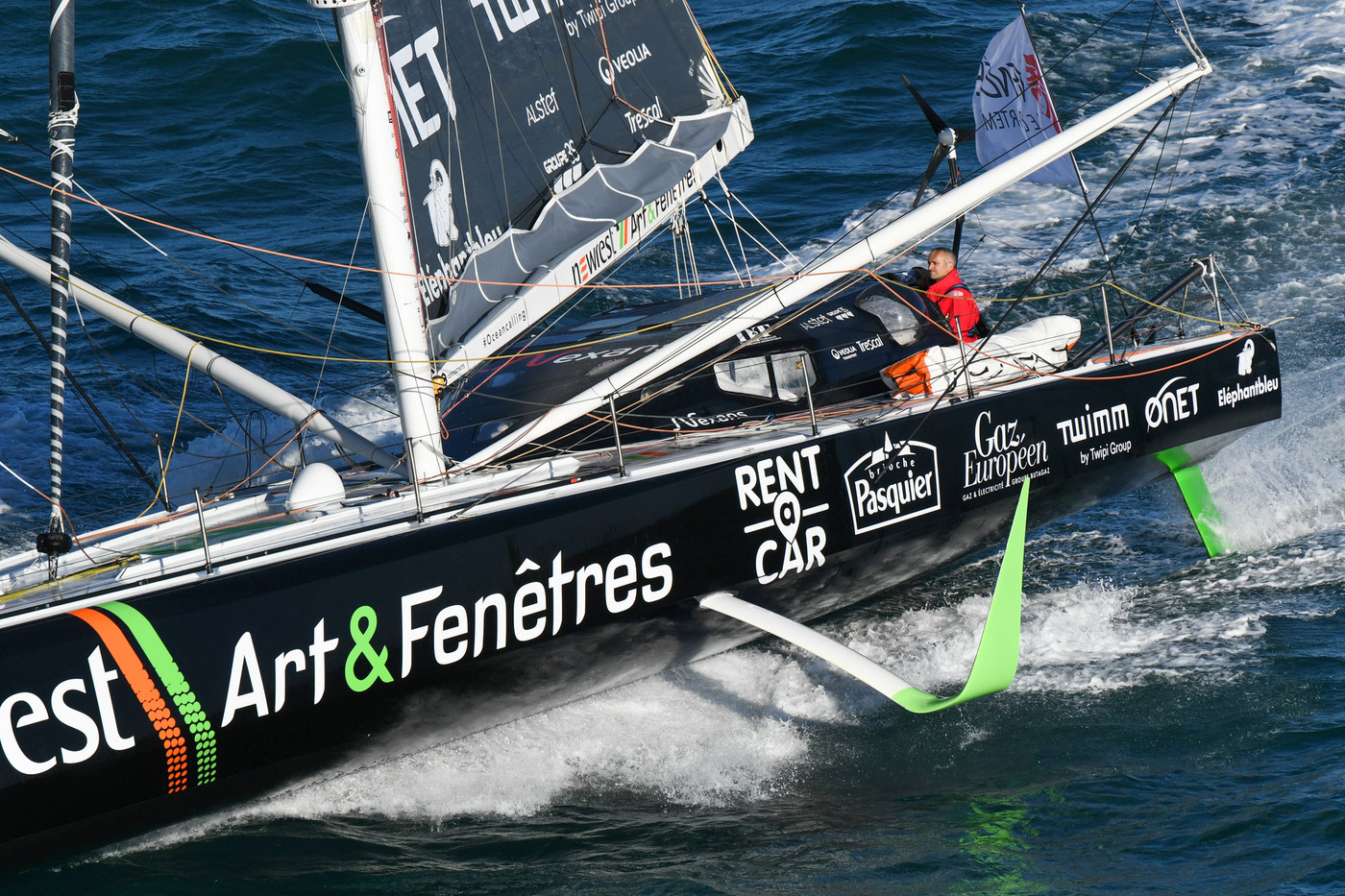 The dozen boats equipped with recent foils – these appendages present on the sides of the hull and allowing the boats to fly in certain gaits – which are favorites for the round the world are first ascended north in order to turn during the day of Monday, November 9. The idea was to take winds as soon as possible that will allow them to dive due south and make the most of their foils. In the early afternoon, Monday 9th, they had followed the plan and tacked for dives due south to recover their delay.

→ UNDERSTAND EVERYTHING. Vendée Globe: these foils that make sailing more and more dangerous

Even though some of these racing hares have already approached 30 knots (55 km / h) on the first rough night of racing, they have actually lost ground to the traditional drift turtles, who have chosen to keep a longer course. straight, therefore shorter.

All the favorites are at the rendezvous of the classification, at the last point achieved at 11 am Monday 9 November. No problem on board, if we are to believe the first photos sent by these sailors, who also have many media obligations vis-à-vis their sponsors and the race management who oblige them by contract to communicate regularly.

Jean Le Cam, still loyal to the post at 61

Among the candidates for the podium, the northerner Thomas Rettant is the only one to admit a small technical problem, in the form of a sail tie which broke, causing some minor damage to the deck. “It’s nothing very serious and I’ll take care of it as soon as conditions allow, he said. It’s a bit of a shame because I was well in contact. But that’s okay, there’s still a long way to go! “

Traditional daggerboards have long been sailed by the oldest of the fleet, Jean Le Cam. At 61, after four Vendée Globe, the old wolf, the last representative of the so-called Tabarly generation, is far from having said his last word, even if he had to cede (temporarily?) The command to Damien Séguin, not of the all hampered by his handicap (he was born without a left hand). These two are announced as serious customers for the race in the race, that which opposes between them the boats not equipped with foils.

At the beginning of the afternoon, Monday, November 9, the unfortunate of the squadron, Fabrice Amedeo, had not yet left Sables-d’Olonne, where he had to return because of a problem with ginaker (main sail). On the virtual map published six times a day on the official website of the race, he therefore covered 3.1 km in… negative. This is indeed the distance separating the port from the line cut for the first time with his little comrades on Sunday 8, before having to cross it again.

It is a particularity of this non-stop solo round-the-world trip to offer skippers the possibility of making a stopover once and in a single port, Les Sables-d’Olonne, within ten days of the official departure. Many runners have used it and not the least. During the 2008-2009 edition, Michel Desjoyeaux had to return to Les Sables to leave 48 hours later and finally win in 84 days ahead of Armel Le Cléac’h.

But it is not Desjoyaux who wants. And Fabrice Amedeo does not have a boat capable of approaching such a feat. “A little dejected but not defeated, he said in a tweet. I am waiting for my team to do what is necessary to allow me to leave. It should be a bit long because there is damage at the masthead but we will set off again. We have another story to write now. “