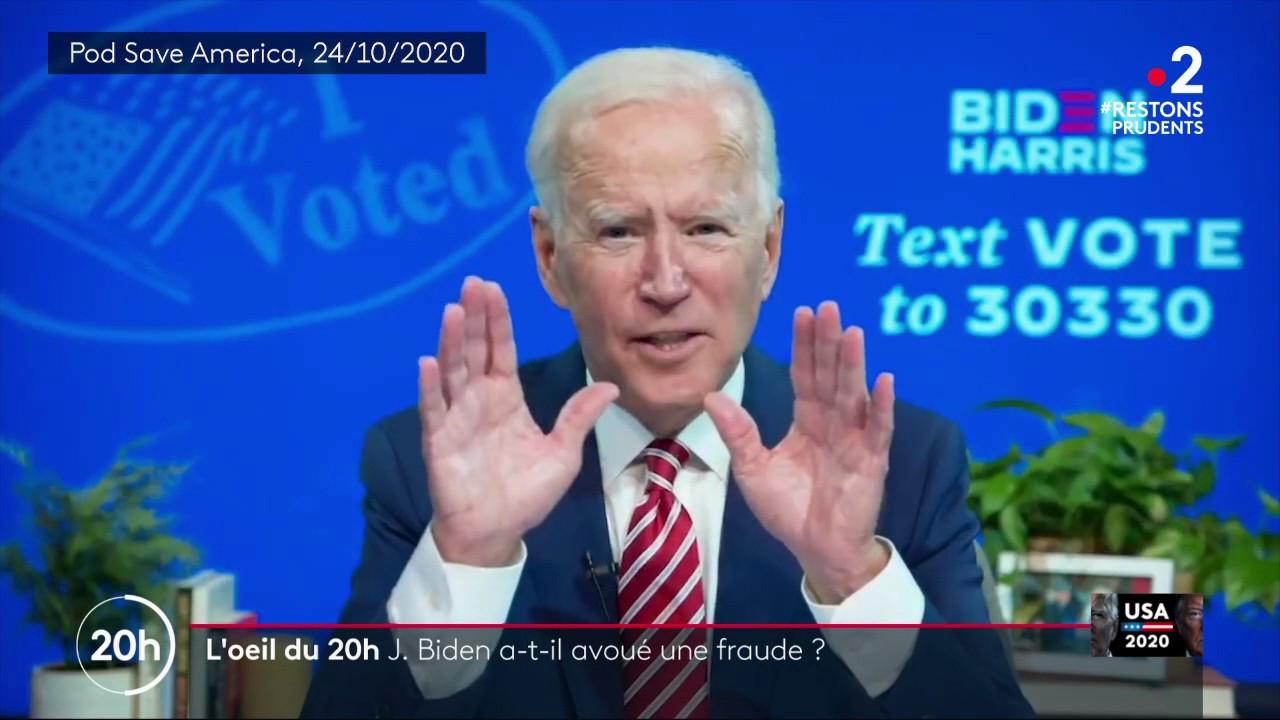 In an interview given one week before the elections, Joe Biden, who wanted to encourage his fellow citizens to vote, made some surprising remarks: “We have established, I think, the largest and most inclusive electoral fraud organization in the history of American politics.”

An excerpt that has more than 17 million views after Donald Trump and his entourage hastened to relay it, crying scandal.

What a terrible thing for Biden to say! Rigged Election? https://t.co/jQXxeQCZU9

Has the Democratic candidate admitted massive fraud? According to Nicole Bacharan, a Franco-American political scientist, the sentence is taken out of context. In the rest of the interview, Joe Biden evokes on the contrary a system to fight against fraud.

For her, it’s a slip of the tongue: “Joe Biden as a child was a stutterer. There are still clumsiness in his speech. He uttered a phrase which, if we take away what is before and after, is a disaster, but which we understand perfectly in the context it is the opposite of what he meant. “

It must be said that the Democrat is famous for his repeated blunders. Last September, he was wrong in the death toll of Covid-19 in the United States speaking of “200 million people dead”. The day before yesterday also, the latter confused his granddaughter with his son.

After Donald Trump, the “tweeting” president, the Americans may have a blundering president. American political life has not finished entertaining us.