VIDEO. In Burma, an explosive situation after six weeks of popular revolt 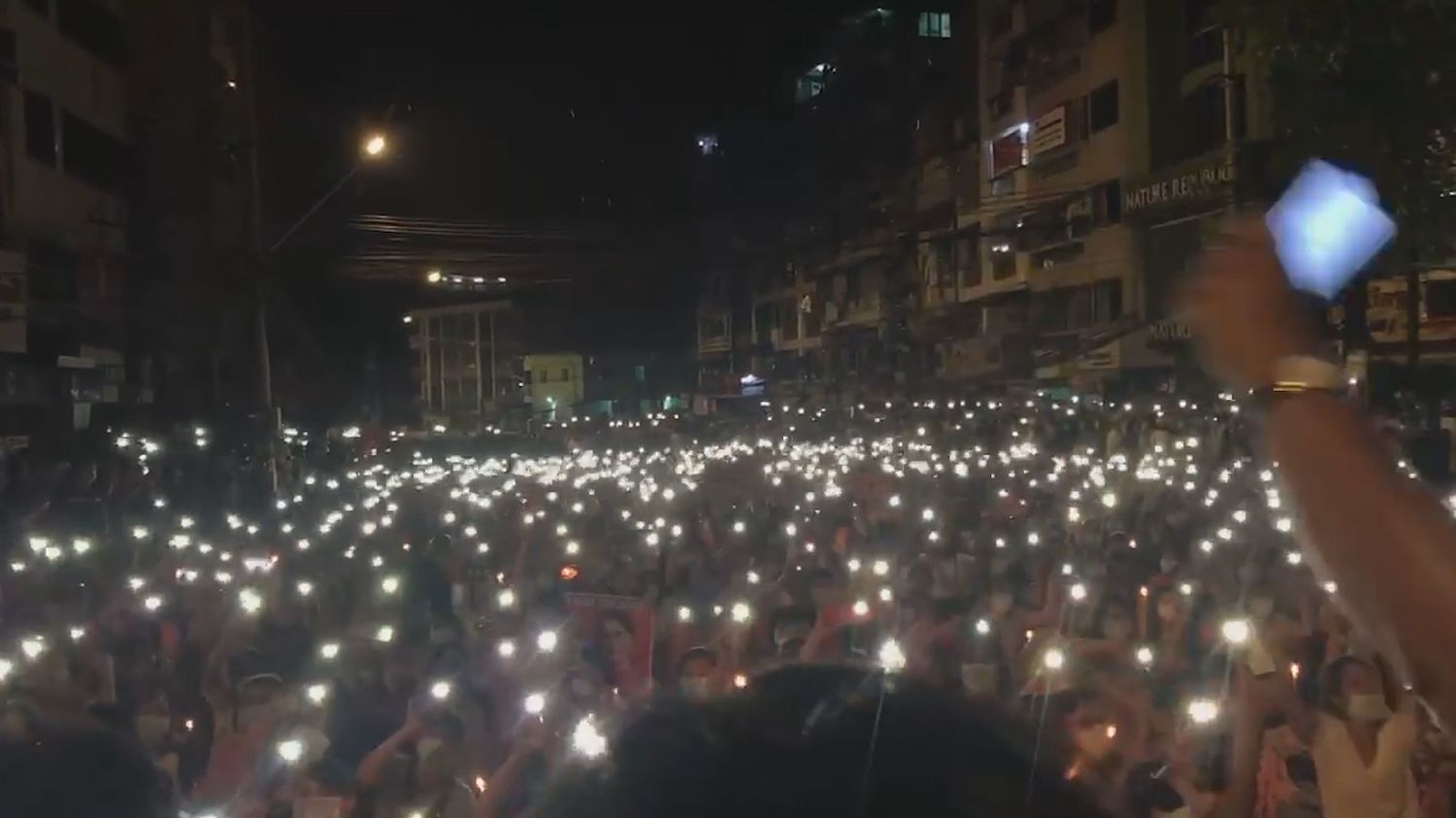 VIDEO. In Burma, an explosive situation after six weeks of popular revolt

Bright spots as far as the eye can see and popular songs. As if to give courage to the soldiers who took control of Burma on February 1, thousands of demonstrators gathered on the evening of March 13 in Yangon, the economic capital of the country. A peaceful rally that contrasts with the bloody clashes of the latest demonstrations.

Since the start of the movement, at least 138 people have been killed by the police as they demanded the return of a democratic system in their country, according to figures from the United Nations High Commissioner for Human Rights (the Association for Assistance to Burmese Political Prisoners reports 180 deaths).

Among these victims, the young Kyal Sin, 19, who was allegedly shot dead by police on March 3 in Mandalay, in the center of the country. His death sparked outrage in Burma as well as in the international community, while the army in power still holds the former head of government, Aung-San Suu Kyi, under house arrest, as well as more than 400 political prisoners arrested during of the coup d’etat.

Faced with this situation, young Burmese are increasing the calls to demonstrate, especially thanks “to online messaging applications“says Joshua Kurlantzick, Southeast Asia specialist at the Council on Foreign Relations (CFR), an international think-tank. “There are older protesters of course, but the young people who grew up during the period of civil transition, since the beginning of the 2000s, surely have higher expectations and really hoped that the army would eventually cede power “, he notes.

Clinging to power, the Burmese army is now trying to break the general strike recently launched by officials. “It is really for the demonstrators to make the soldiers take the measure of their determination “, analysis Sophie Boisseau du Rocher, researcher specializing in South-East Asia at the French Institute of International Relations (Ifri). “The Burmese literally play with their daily life, their job, to make themselves heard“, she emphasizes.

The fact remains that the military junta has very often shown itself impervious to popular movements, recalls Joshua Kurlantzick. “The Burmese army does not care, it is ready to push the country into bankruptcy“, believes the researcher, who fears a”escalation of violence“with regard to the demonstrators as well as the closure of the last independent media in Burma.