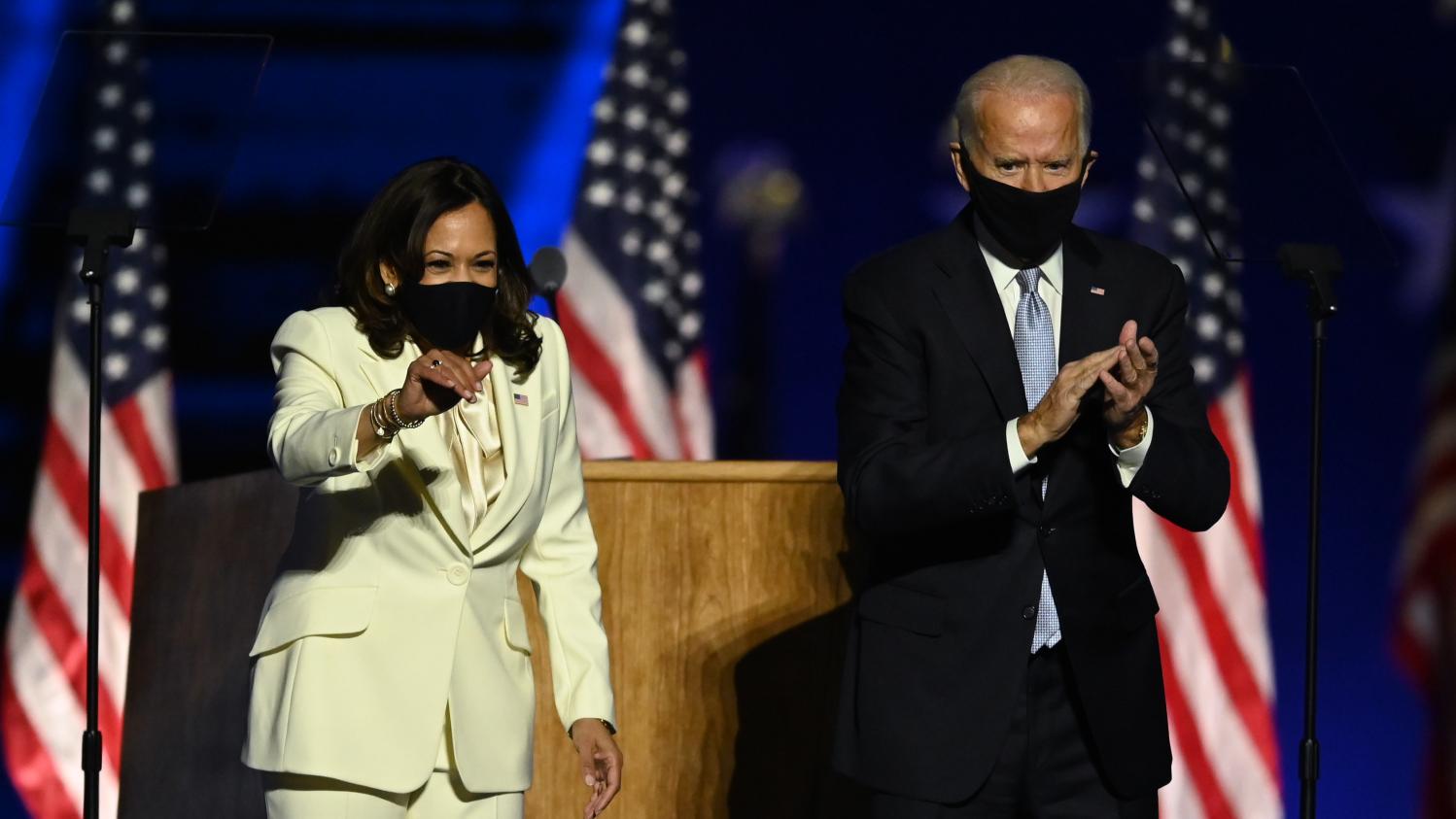 “I promise to be a president who does not try to divide, but to unify. Who does not see Republican and Democratic states, but the United States.” On Saturday, November 7, Vice President-elect Kamala Harris et the elected president, Joe biden, spoke in Wilmington, Delaware. A first rallying speech after their victory, while Donald Trump has still not recognized his defeat.

“I am proud to be a Democrat. But I will be an American president. I will work as hard for those who voted for me as for those who did not vote for me.”, hammered Joe Biden. The President-elect called on Americans to stop treating their “opponents as enemies” and furthermore promised that America would be “again respected in the world”.

“American democracy is not guaranteed, it is only as strong as our will to protect it”, launched the elected vice-president. Kamala Harris, visibly moved, talks about her mother of Indian origin. “I think of the women, blacks, Indians, Latinas, Amerindians (…) who paved the way for us to be where we are today”, declares the first woman, and black person, to be elected to this office.

“What proof of temper on Joe Biden’s part, to have the audacity to break down one of the most serious barriers in our country by choosing a woman to be vice-president, said this pioneer. I may be the first woman to hold this position, but I will not be the last. “