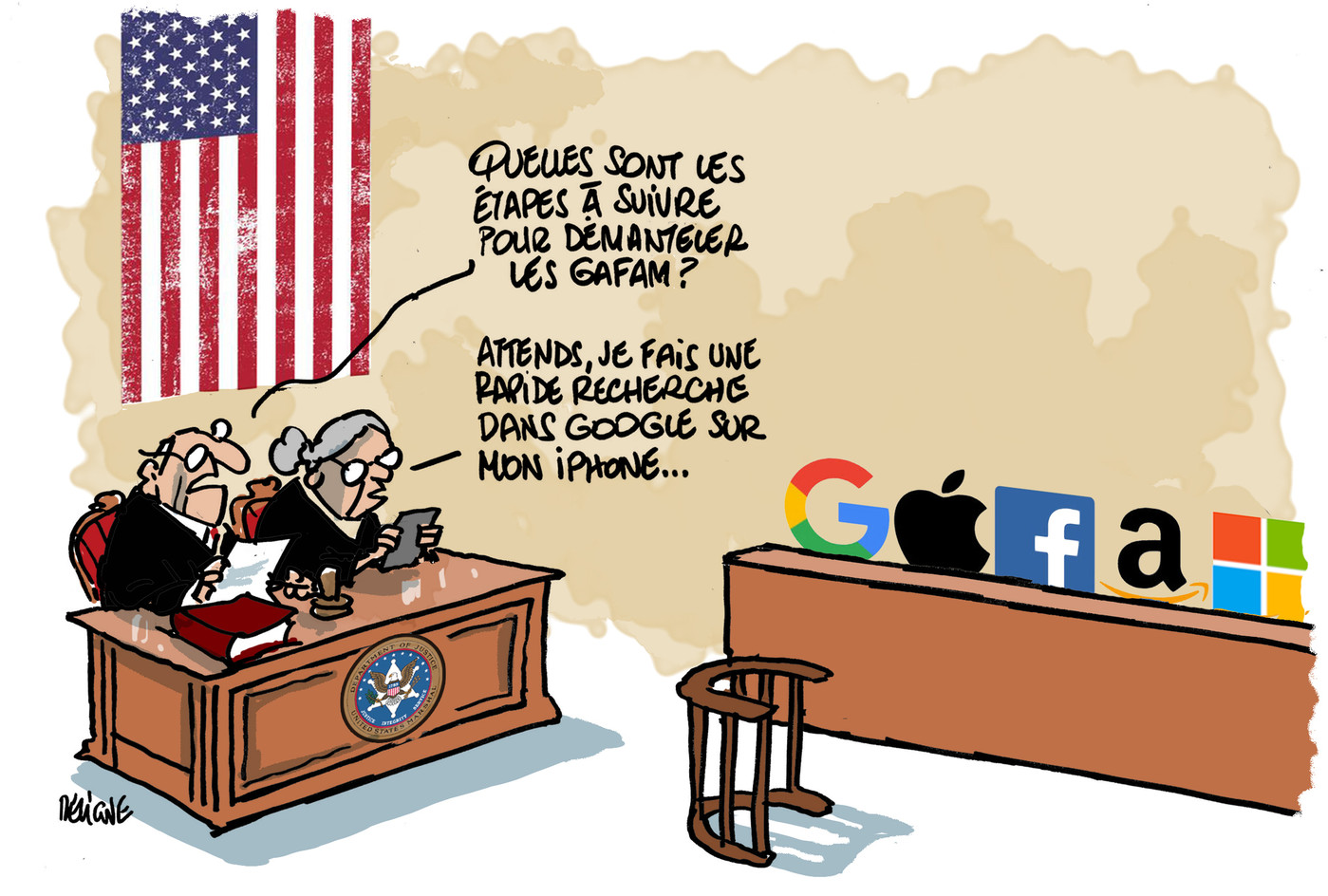 A real earthquake has struck Silicon Valley. After years of indulgence, Washington has decided to put a stop to the hegemonic power of the tech giants. The US federal government and eleven states – all Republicans – jointly announced Tuesday, October 20, that they are bringing a civil action against Google for illegal monopoly prosecution. The company is accused of hindering competition in the online search and advertising markets. In the United States, 90% of web searches are done through this digital giant, while search engines Bing, Microsoft, and independent DuckDuckGo share the remaining crumbs.

A monopoly situation which can be explained by the use of “Anti-competitive tactics”, according to the US Department of Justice. For example, when Google forces consumers and advertisers to use its services on Android devices through apps that users cannot delete.

This legal action is certainly one of the most important ever taken by Washington against Big Tech since the attempt to dismantle Microsoft in 1998. It is not, however, “Not a surprise”, notes political analyst Pat Garofalo, co-director of the American Economic Liberties Project, a Washington-based anti-monopoly lobby group. “The Gafam (acronym for Google, Amazon, Facebook, Apple and Microsoft, Editor’s note) have been in Washington’s sights for a while: a few months ago, the Department of Justice publicly mentioned the fact that an investigation was underway ”, he recalls.

For Pat Garofalo, the lawsuits initiated by Washington just two weeks before the elections are obviously partially motivated. “Policies”. “The Trump administration clearly wanted to strike a blow just before the ballot to mark voters and prove to them that it is determined to act on a subject which concerns them more and more”, explains the analyst. According to him, “With the pandemic, the omnipotence of the tech giants has become obvious to people. Americans today are forced to use their services even more than usual. And while the country is hit hard by the crisis, the Gafam are the only ones to do very well financially. “

The American conservatives are particularly upset against the giants of Silicon Valley, which they accuse of political bias in the electoral campaign. The Republican Party has largely exploited this anger during the campaign, as it did a few days ago when the Trump administration accused Twitter and Facebook of seeking to “Censor” an article unfavorable to Joe Biden, published in the New York Post.

But the conservative camp is not the only one to point the finger at the hegemony of the Gafam. On October 6, Democratic parliamentarians went much further than their Republican colleagues: in a 449-page report, published after more than fifteen months of investigation and hearings, elected representatives of the House of Representatives called for “Structural separations to prevent these platforms from operating in industries that depend on or interact with it”. According to this principle, Facebook would thus be forced to say goodbye to the social network Instagram and to the WhatsApp messaging, while Google would have to separate from its Chrome browser.

In the past, certain legal proceedings have already led to dismantling in the United States. In 1974, one of them resulted in the forced collapse of telecommunications giant AT&T. Today, the scarcity of break-ups can be explained in part by the application of antitrust laws enacted in the 1970s. They assess the legality of mergers based on the impact they have on the price of products offered in the market. consumer. The cheaper or even free the product, the more the user’s interest is privileged.

However, the legal proceedings initiated by Washington are raising much hope among anti-monopoly activists in the United States. “The wind is turning, welcomes Pat Garofalo. Today, through Google, all of Big Tech is targeted. “