What if cancer protects against dementias? 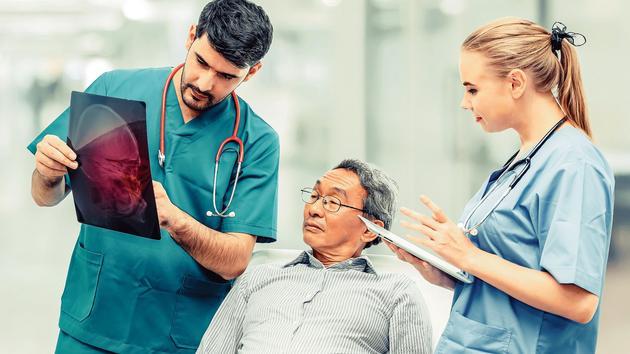 What if cancer protects against dementias?

DECRYPTION – More and more studies suggest this link, which could lead to new avenues against Alzheimer’s disease.

It is a line of research to say the least surprising: cancer could protect against the risk of the onset of dementia … The risk of dementia would indeed decrease by 42% and that of Alzheimer’s disease by 45% in people who develop cancer! These impressive results, published last March on the journal’s website Alzheimer & Dementia , were obtained by a Bordeaux team from Inserm.

The epidemiological researchers relied on the national Memento cohort, which followed over a median of five years 2,300 patients who came to consult memory centers because of complaints or cognitive disorders, but without a diagnosis of dementia at the start of the l ‘study. Epidemiologists have found that the risk of developing dementia was significantly reduced in people who developed cancer during the follow-up period.

“Other studies had already looked for this association, but with contradictory results. We