The France team is fixed, the countdown started. In 234 days, the next World Cup will begin in Qatar (November 21-December 18). Before the high mass of world football starts at the end of 2022, FIFA drew lots on Friday April 1 for the eight groups for the group stage of the World Cup. France, placed in group D, was rather well off with Denmark, Tunisia. The Blues will have to wait to find out their last opponent among the United Arab Emirates, Australia and Peru, who will meet in the play-offs in June.

Present in Doha, to attend the draw but also to spot the future base camp of the Blues during the competition, the coach Didier Deschamps, and the president of the French Football Federation, Noël Le Graët will be able to breathe. Seeded, the France team avoids the worst (Germany, Netherlands in hat 2) and will therefore face Denmark, Tunisia and the winner of the Asia-South America play-offs. Denmark, semi-finalist of the last Euro and that the Blues will face twice in June and September during the League of Nations, will be France’s most dangerous opponent.

Didier Deschamps and his players will therefore be able to prepare for this confrontation as well as possible, while Tunisia, quarter-finalists of the last CAN and the play-off who will qualify will be two more affordable opponents for the tricolors. But beware of overconfidence. In 2010, the Blues had enjoyed a very good draw (South Africa, Mexico, Uruguay) before sinking during the competition. As in 2002 when, world and European champions, the French had not been able to extricate themselves from an accessible group (Senegal, Uruguay, Denmark). 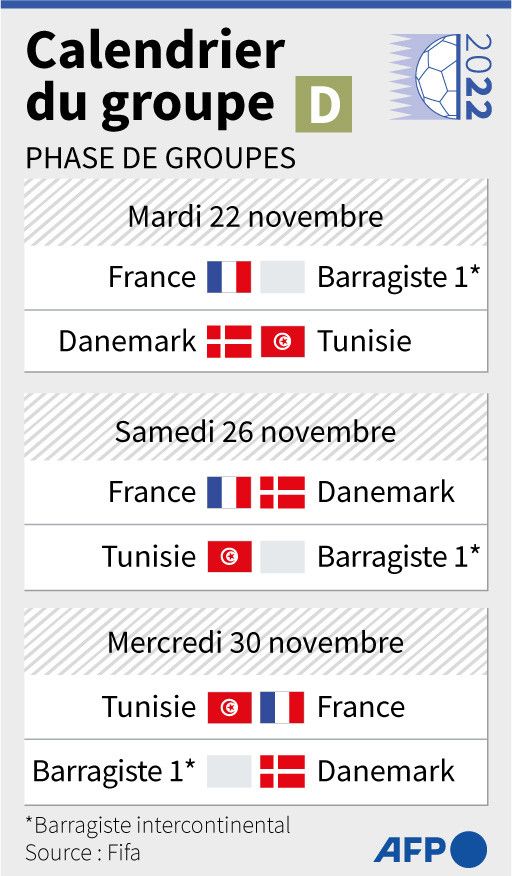 World champions in 2018 after having faced Denmark in the group stage at the time, the Blues of Deschamps will have to assume their status against these same Danes, the Tunisians and their last opponent, knowing full well that they will be, as in the of the last Euro, the team to beat. In the event of qualification for the round of 16, the Blues will meet a team from a tough Group C (Argentina, Mexico, Poland, Saudi Arabia).

After winning its two friendly matches in March against Côte d’Ivoire (2-1) and South Africa (5-0), the French team will have two new meetings in June and September, at the occasion of the resumption of the League of Nations, to prepare for this Qatari meeting. Before plunging, from November 14, fully into the competition and playing his very first World Cup match on November 22 against the United Arab Emirates, Australia or Peru.

In the Mediterranean, Europe wants to raise the level of protection of marine areas

Make in a new way even those who do not eat such vegetable of cilantro, eat it on demand, know the recipe

Benoît Derijard: “Fishermen’s support for the protection of marine areas is essential”

You will forget to eat pasta from the market, when you will make this delicious Makhani Pasta at home