Yuri Gagarin, Soviet hero in the service of the Kremlin 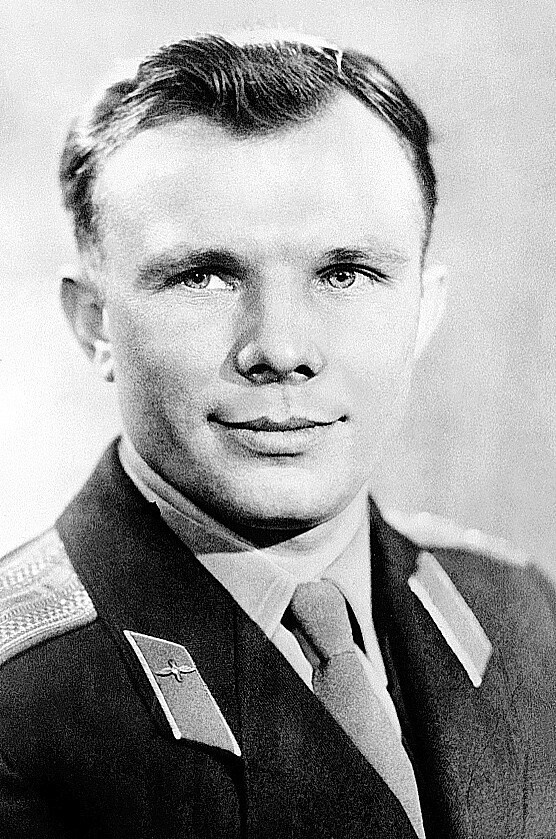 Yuri Gagarin, Soviet hero in the service of the Kremlin

Like every April in Moscow, spring comes with the broad smile of Yuri Gagarin. On television, on billboards, at bus stops, the juvenile and happy face of the cosmonaut occupies many public spaces. “Normal! He is the first man in space ”, smiles 8-year-old Elena, one of the thousands of students who, in class or with family, visit the imposing Museum of the Cosmos in Moscow.

A ritual outing around April 12, a date engraved in Russian diaries since in 1961 the Soviet cosmonaut opened a new era by becoming the first man in space.

“Poekhali! “ (” Let’s go ! “) Sixty years later, Yuri Gagarin’s famous phrase has resounded again in the sky of Baikonur, the cosmodrome of the Kazakh steppe from which he had flown. On Friday April 9, a Soyuz rocket, basic mechanics but with formidable reliability for six decades, celebrated the jubilee of its flight with a new success.

On board the spaceship called “Gagarin”, three cosmonauts – two Russians and an American – set off for the International Space Station. “Gagarin allowed us all to go into space. Let us continue to cooperate and unite our efforts ”, said Oleg Orlov, one of the heavyweights of Roscosmos, the Russian space agency, during a recent international seminar in Moscow.

On land, in Baikonur as in Moscow, celebrations were limited by health restrictions. The Bank of Russia issued commemorative coins. Roscosmos released a video presented as unpublished: images, recorded from cameras aboard Soyuz on April 12, 1961, long considered lost, show the Earth and space seen from the porthole. And, once again the enthusiastic face of Yuri Gagarin, exclaiming: “The feeling of weightlessness is interesting. Everything floats. Everything floats! Beauty! “

It is this same angelic face that passers-by find in the streets of Moscow. To celebrate the jubilee, the authorities have posted it everywhere with the caption: “We are the first. “ Far from calls for international cooperation, the message is clear: Russia, heir to the USSR, recalls that, in space, it had won a Cold War battle against the United States. Gagarin has remained since the proof of the superiority of the Soviet model, capable of transforming a plebeian into a conqueror.

In the midst of renewed geopolitical tensions between Moscow and the West, the wide public echo given today to its jubilee is not trivial. The Kremlin, which maintains among the population a certain nostalgia for the Soviet era, thus makes us forget the darker pages of the USSR and shows that today’s Russia is the worthy heir to past triumphs. It also plays on the patriotic and anti-Western fiber since the annexation of Crimea in 2014, followed by European and American sanctions.

Carefully maintained by a regime in search of unifying heroes, the legend Gagarin keeps the flame of this policy of grandeur desired by Vladimir Poutine. The popularity of the cosmonaut indirectly maintains that of the president.